Gopi Gajwani- makes a comeback after a decade

The Abstractionist Painter brings his solo exhibition after ten years

India’s most popular abstractionist painter, Gopi Gajwani, is back with a solo exhibition after more than a decade. Metaphysical art from the veteran painter will be on display at the Triveni Kala Sangam in New Delhi from 13 January 2017. 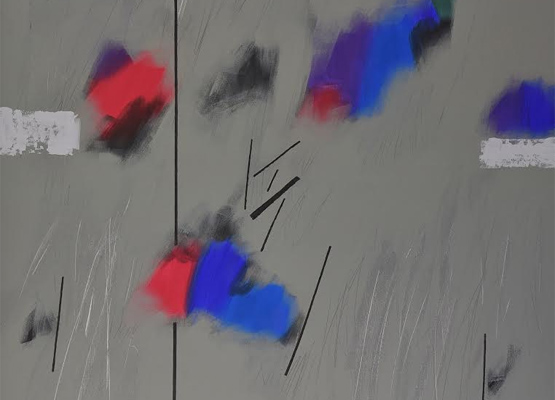 Gopi Gajwani- makes a comeback after a decade

For admirers of Gajwani, the exhibition will bring to an end an agonizing long wait since 2005, when he held his last show at the Shridharani Art Gallery.

A career spanning over six decades, Gajwani has remained true to his passion, were the figurative art form found no place, except at the beginning when he contributed caricatures and cartoons to Span and other publications, all the while working as an illustrator. 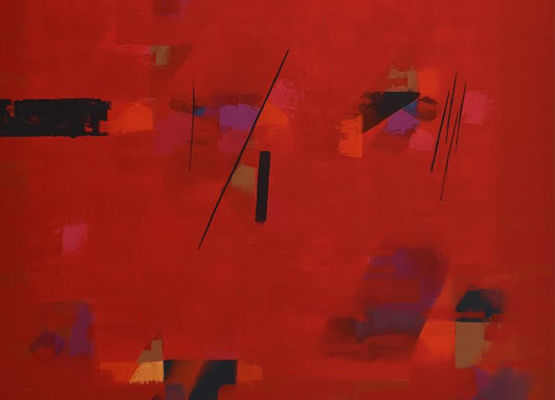 Gajwani’s abstractionism is almost instantly identifiable as square and rectangular grids form a dominant part of his paintings. These are usually divided or united by a line or lines that reach a junction making a pattern of sorts. Whats remarkable is his ability to be far away from being repetitive. The color grids and line placing have a consistency that brings a balance to the entire perspective.

All through his career Gajwani has been working from his modest home studio, the painter never had to consciously veer away from figures and the identifiable.  He never had to work towards it and was rather drawn naturally to the impressionistic and non-representational form of art. By his own admittance, he could never paint figures, Gajwani said on several occasions. “It was as if something within me refused to let me go in that direction,” he says. 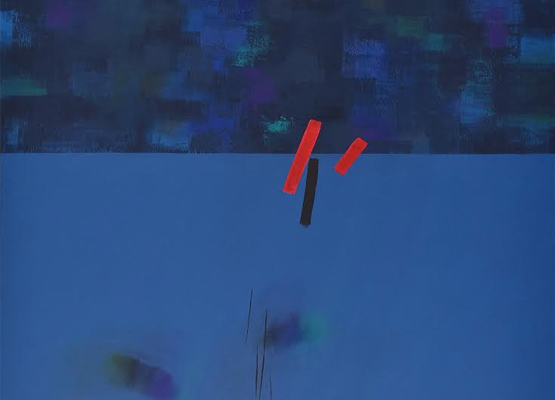 There is an almost autumnal brooding in the grey soliloquies of Gajwani. At the same time, there is celebration in equal measure of the bold colours that appear from a dark background. They are like a rip off from the rainbow hues. The colours in Gajwani’s paintings appear winking and blinking, directing the audience to their collection of memories.

Gajwani has determinedly brought texture in his works. It’s almost a tactile quality that the audience is pressed to touch.

On what prompted him to hold the exhibition after over a decade, Gajwani said, “By the end of 2006, I sat down one day in my studio and looked back and walked through the jungle of my abstract forms, I realized that I need to slow down and search for something that would give utmost pleasure and solace to self and the future path that I chose to walk would be longer and not easy.”