A trek to Indrahar Pass

Journey among the clouds 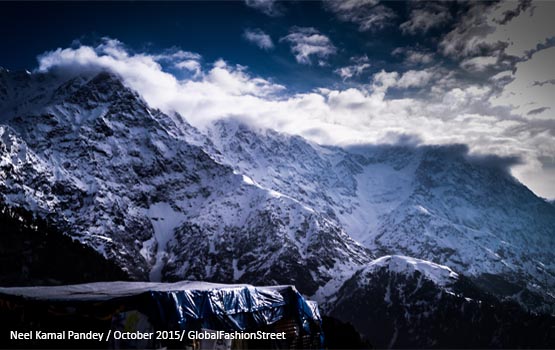 We have seen the Red Bull advertisement promising to give wings once we drink the drink. The company is fighting a law suit in the United States filed by a citizen, who found the case to be otherwise. I have a feeling that nobody would file any law suit if I claim that ‘travelling gives you wings’. It really does.

And I have a story to tell. The story is about travelling to the height of more than 14000 ft with rocky terrain, green meadows, a cave and snowy mountains. Indrahar pass resides in the Dhauladhar range of the Himalayas. With more than four thousand metres in height, it forms a pass between Kangra district and Chamba district. I had it on my list for a very long time. This season, I finally decided to get to it. 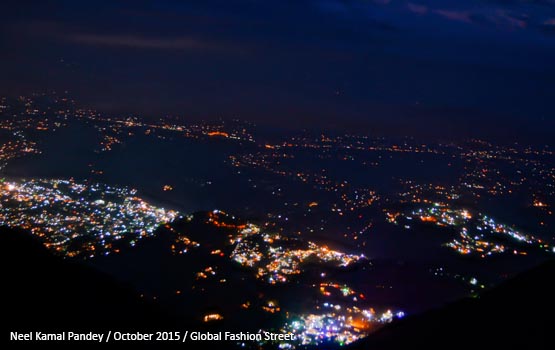 It is a story of a young lad, let us call him the Hitchhiker. The journey starts with a bus ride to Dharamshala, a city which stares from lofty heights. He reaches Dharamshala on a Friday morning. The weather welcomed him. The clouds seemed thrilled on his arrival. The Hitchhiker and the clouds had a deal. Let’s rock it together. Let’s paint the city wet and that they did.

He takes a ride to Dharamkot, a mere 8 kilometres. In between, is the city of Mcleodganj. The cacophony of Mcleodganj had somewhat of a romantic disbelief tune to it. Monks as young as 5-6 year old, people from across the world drenched in the Buddhist culture of the place. The city had an unparalleled crust. 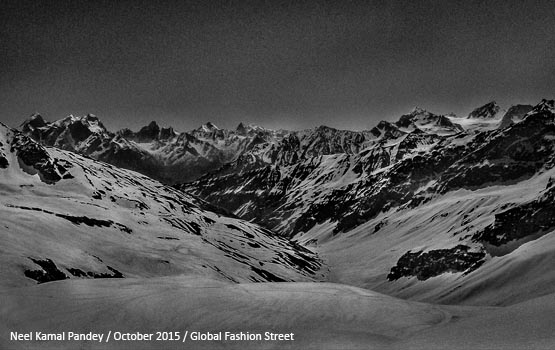 The following day he was excited to run into the bosom of Mother Nature. After a light breakfast at the Himalayan Tea Shop, he steps towards Galu Temple, a two kilometre uphill trek. A knot of travellers, not tourist but travellers reveal themselves on one of the O-turn, yes in cities people have U-turn, but here in Mcleodganj people have O-turns.

As the path unfolded, filled with clouds that didn’t have any intentions of letting him look past 50 meters. Steadily and slowly he rose and thus came the small temple of Galu Devi. It had its own set of Machu-Picchu in distant horizon. He then went on to a 9 kilometre trek to Triund. The rocky path had its fair share of adventure. He came across red colored flower that he could eat, then a cute little stream of water, from which he drank, snow which had turned brownish, which he crossed. 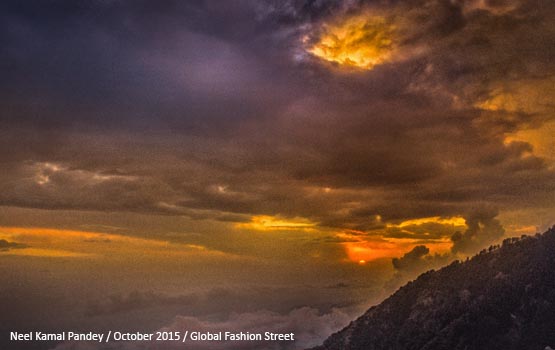 After walking for two and a half hours straight, he came to a turn which lets him see a sight to be (he says he hadn’t come across a word which could describe the sight that he witnessed). Thus came Triund, which is a traveller’s destination in itself. Dhauladhar range stood there with its milky hue, not bothered by the mortals looking at him.

He began his journey early next morning, after a night stay at Triund. His next stop was snowline. Snowline was his last chance to have a meal and some rest. Two hour trek from Triund took him to snowline. He took some rest and then headed towards Lahesh cave. Lahesh cave, as he says, had an eerie sense of mysticism to it. Silences to be withhold. He decides to stay put for the night. Amul butter and bread was the luxurious meal that Mr. Stomach got that day. He says, “You would come to realise why I said luxurious once you visit the place.” 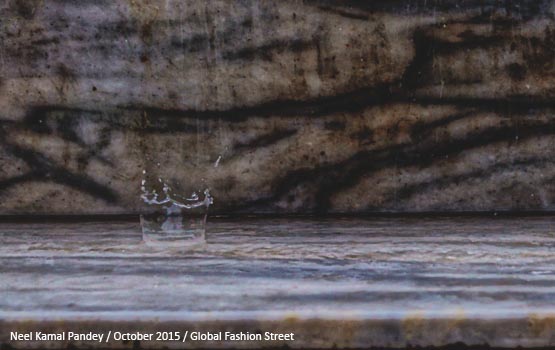 An early morning rise up with a handshake with the sun started the journey again. The orange dawn sun started to climb up the ladder that the sky has presented it. You see nature has provided a ladder to be championed for everyone. Even the mighty sun had to climb, to preserve its significance. The Hitchhiker had his ladder to climb. His destination was near, and yes clichéd, yet so far.

“It was a steep climb, one which I had never done”, realised the Hitchhiker. One step could have been fatal and he would cease to exist. But climb we must. “Existence, you see is a relative term. So, I just climbed”. The stones were slippery; snow constantly asked questions, “Why are you climbing? I could make you slip, you never know”. Hitchhiker was indifferent to all of this for he knew it was testing times. These moments would later become a legend. Not for others but for him. And suddenly he grabbed the last peak. He was sitting on the magnificent Indrahar Pass. “A little drop of transparent liquid, which tasted salty, made its way through the sun tanned highway of cheeks. I felt triumphant.”