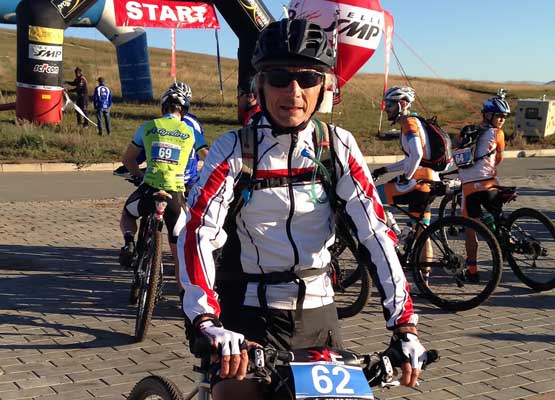 Meet Andre Deplechin, the adventure sports Bike rider. Andre is a 63 year old Frenchman, living in Auroville, south India but if you look at him for the first time, it’s not his age that strikes you but the grit and determination on his face as a rider that leaves you all impressed.

He came to India 40 years ago and fell in love with this country and its people. He is married to an English lady called Bobby and has a daughter born in India. And as Andre puts it “I have always been a sport person, playing Football, Basketball, Ice Hockey, Skiing, Surfing and now, Cycling.”

Andre’s mornings start with a lot of yoga and Pranayam. He loves Indian and French food in particular but as he says, “Any food, in fact, if it’s well done. I Like wine and a good beer after my ride.” 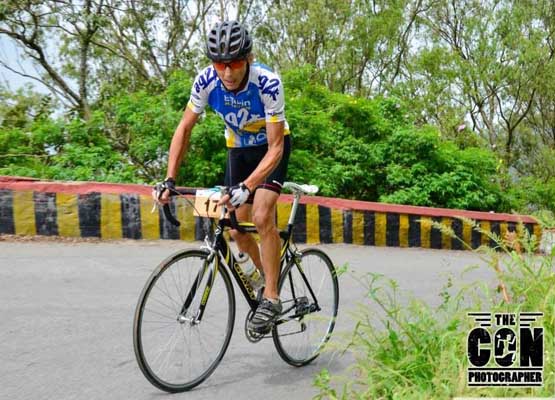 Reaching the top of Nandi Hills in Bangalore

He loves riding with friends and is planning a cycle trip from Auroville to Goa in February with a friend. Here’s an exclusive,

When did you take up biking as a serious sport?
I started biking in India 20 years ago at a time when mountain bikes were not available in India.

I bought my first bike in England and brought it back with me. I was cycling in France to go to school and with friends for fun, but it’s only 20 years ago, in India, that I took it up as a sport and a regular mode of training.

How did you foray into the world of adventure sports?
I heard from some friends about a race in the Himalayas (MTB Himalayas) and decided to participate. 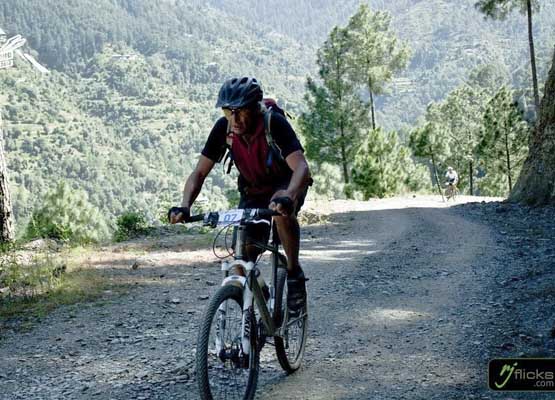 I went up there with my friend Peter and we had an incredible time. We met a lot of people (riders, adventures, organisers, journalists…) and heard about other races around the world

Tell us about your bikes and the current one that you are using.
I have 2 Cannondale, an old hard tail M400 and a more recent hard tail F9. And I have a Genesis, Latitude for racing.

Which has been your favourite race till now?
My favourite race is certainly the Yak Attack in Nepal which I have done twice, the race is over 8 days on the Annapurna circuit with a pass at 5416mt to go over carrying your bike but MTB Himalayas is also very high on my list as it is a ‘family’ race ( I have done it 5 times and have made many, many friends….) 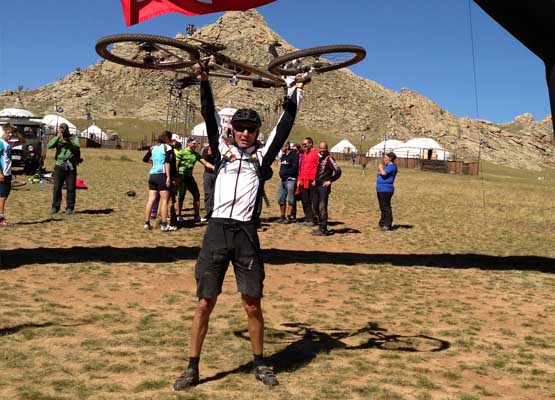 At the end of Mongolia Bike Challenge

Was there a time when you were scared during the mountain biking race?
When I went over the cliff during the Yak Attack 2011, after 2 summersaults landed on my feet with my bike crashing next to me. Yes, I was scared but ended up with only a small cut on my nose.

What all races have you won and can you share any interesting incidents with us?
I won the MTB Himalayas in the Master category in 2010 and came second in 2009 and 3rd in 2012. In between, I DNF (Did Not Finish) in 2011 after a bad crash in the downhill of Kulusarahan as I had broken my collarbone. 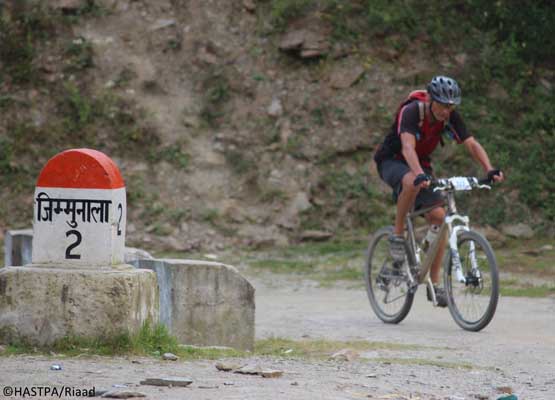 A hard climb during MTB. Himalaya

After my first race at MTB Himalayas in 2009 I went back home to Auroville in South India where I live and was, so to say: ‘pumped up’ by this incredible race and adventure and was riding careless which made me crash on a wet road. I ended up breaking my leg. But I recovered and was at the start of the next MTB Himalayas in 2010 and won it!

What makes biking the best sport in the world for you?
Biking gives you the freedom to move around. It’s the best way to discover a country, a city; it’s excellent for your health and keeps you fit. 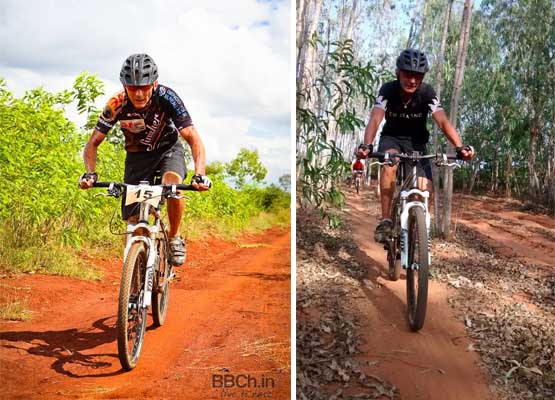 Who do you admire as the adventure sportsmen?
I admire a lot of strong riders I had the pleasure to cycle with, like Cory Wallace, Ajay Pandit Chetry, Sonya Looney but there is one adventure sportsmen, Richard Park, with whom I had the privilege of riding with during the Yak Attack 2000. He is an ex-professional rugby player and had to retire due to injury. He is now an extreme sport adventure man and has scaled 7 peaks in a calendar year and crossed solo the Antarctic. He is a very inspiring man.

What would you advice the amateurs in the industry?
Get on your bike and enjoy every ride…