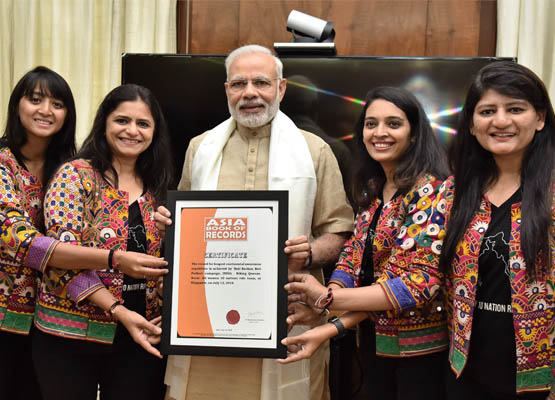 A Guinness World Record for Most People Waving chequered flags (more than 500 people waving for 10 minutes continuously) during the flag off ceremony in Surat on 4th June, 2016 and a record for First Female Bikers to Cover 10 Countries by Asia book of records and by India Book of records has been achieved by them. Meet the ladies that braved the odds and announced to the world, we are here to stay.

The 39 days long journey covering more than 10,000kms and ten South East Asian Countries’ finally came to a sweet end for the Biking Queens of Surat. The aim for the journey was to spread awareness related to “Beti Bachao, Beti Padhao” campaign under the leadership of Prime Minister of India, Shri Narendra Modi. Ten countries including India, Nepal, Bhutan, Myanmar, Thailand, Laos, Vietnam, Cambodia, Malaysia and Singapore formed the itinerary for these Biker queens to raise awareness. 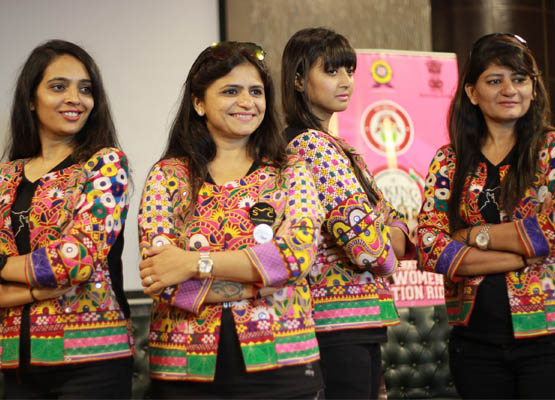 Biking Queens is a group of four brave ladies from the state of Gujarat, Dr. Sarika Mehta, Ar. Yugma Desai, Durraiya Taia, and Khyati Desai. The ladies were welcomed whole heartedly everywhere by the Indian Embassies and the heads of the Nation that they visited. They widely discussed issues like female feticide, education for the girl child, gender equality and many more.

At the Press Conference which also witnessed Member of Parliament C.R Patil interacting with the biking queens, the group talked about various problems they faced vis-à-vis food, difficult terrains, weather and how they overcame those challenges. They told the press the help they got from the locals and even the militia at the borders. The ladies thanked each and every person who made this journey possible for them! 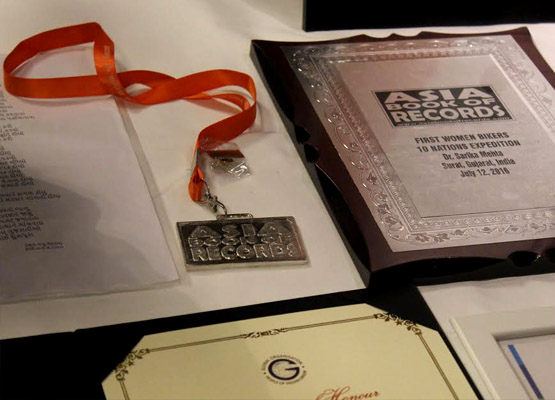 The Prime Minister had a chat with the ladies over the phone asking them about the the journey and about the problems that they triumphed over.

Biking Queens revealed how they covered almost 500 km a day some days and on some they could only cover one km due to difficult weather situations. 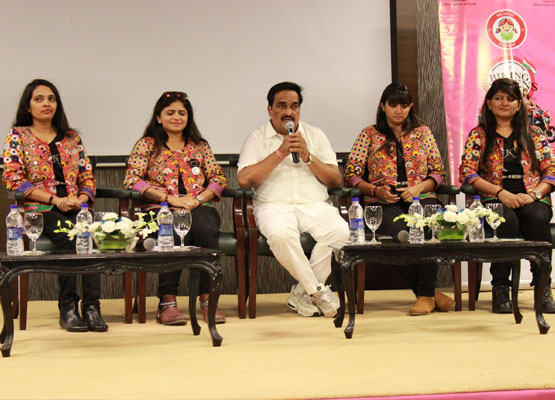 Dr. Sarika Mehta, one of the Biking Queens requested the parents to allow their girl child to get educated and grow as a self reliant individual. She said that there was a self-driven force that allowed the group to complete this journey. Earlier they have had made short journeys for issues like ‘Say no to Drugs’, ‘Road Safety’ etc. but this being the longest till date has motivated them to take up causes to boundaries beyond thoughts.

They find biking the right way to spread awareness and help make this world a better place for everyone!