It’s here. The new Michael Kors Spring/Summer’22 collection AD campaign starring Kendall Jenner is nothing short of what they call the New York spirit. Its stylishly sexy AND very suave. And they call it A NYC Love Affair! 26-year-old Jenner had also walked the ramp for Michael Kors Spring/Summer’22 showcase in September last year during the launch. Nothing short of a cinematic story, the campaign brings about the essence of the city – fast, fun and fashionable! All at the same time. For sure, Kendall Jenner rocks the MK Spring/Summer’22 Campaign. 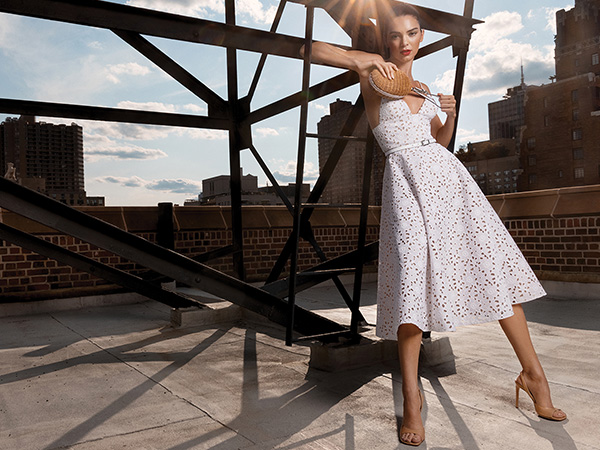 The Campaign is shot by Inez van Lamsweerde and Vinoodh Matadin

Shot on Prospect Tower Rooftop, the campaign highlights the famous Chrysler Building as a part of the New York rooftop skyline in the background. In high spot, leaning against the tower legs, is Jenner in some very powerful poses. Also, the day and the night looks have both been elegantly emphasized.
The Dutch-duo Fashion Photographers, Inez van Lamsweerde and Vinoodh Matadin, have captured the ‘NYC Spirit’ just right! While all three shots are on the same spot, the campaign transitions perfectly from day to Night. As a matter of fact, the campaign is every bit New York in its language, story and styling.

So, it’s the designer’s hometown that is his campaign spirit this Spring Summer 2022. According to MK, the concept pays homage to the strength and timeless romance of the New York city. 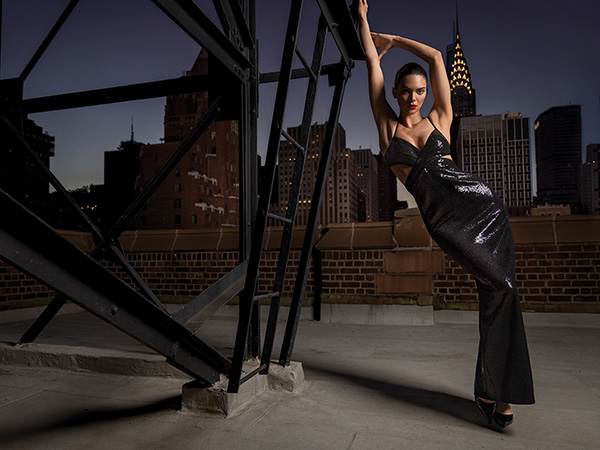 And Kendall looks every bit stunning in all the three looks! From a summer breezy day to a sassy evening, the campaign reveals it to be quite a fashionable year ahead! The collection is in classic black and white with some very chic accessories! In addition to the sleek Audrey market bag, the woven straw Gramercy minaudière and the modernist Audrey bucket bag; are the stiletto sling-back and the kitten mule in footwear that lay the rules this season. And these are suggestive for both the Day and Night looks!

This Kendall campaign is just the highlight of the extremely well put collection that will feature some very feminine tailoring, streamlined silhouettes and hand-worked fabrics in a very optimistic color palette. The campaign highlights the ultra-feminine cotton white dress in cutwork and the ultra-modern power suit in black for the day looks. And the gorgeous evening wear in shimmery black is a sequined hand-embroidered gown in playful cutouts. 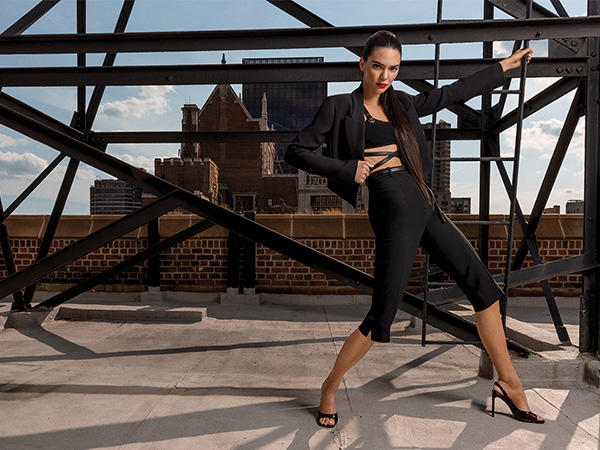 The campaign is every bit New York in its language, story and styling.

One thing is for sure, MK has brought back the nostalgia! The grunge and layering of last few seasons was somehow diluting the dainty feminine. So, the campaign in every way is a treat. With this MK has drawn a touché.

This global campaign with its debut in January shall be all over the Brand’s global social media as well as the regular promo platforms.

Also Read| How to Make Dressing up Fun in Lockdown