Miss Universe 2015 wrong announcement spoils it all for Miss Columbia and Miss Philippines. It could be hilarious to others but there cannot be more heart breaking a moment than being uncrowned only minutes after you have been glorified as the most beautiful woman in the entire Universe! In a strange incident, the first of its kind, at the Miss Universe pageant 2015 in Las Vegas, this Sunday, Ms Columbia, Ariadna Guiterrez was announced as the winner rather than the first runner up that she was. Host Steve Harvey had to announce the first runner up and he ended announcing Miss Columbia as the winner. The rightful winner being Ms Philippines, Pia Alonzo Wurtzbach. 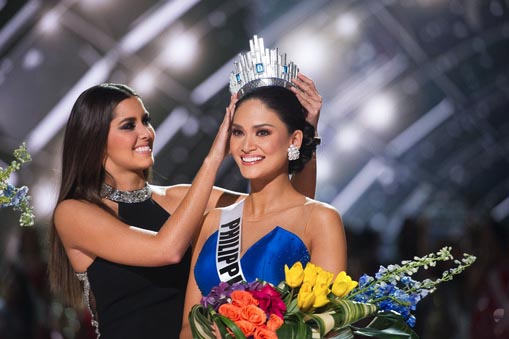 As if the crowd had anticipated the wrong announcement, there was huge uproar the moment Steve came to stage and said he wanted to apologise! After he said that the First Runner Up was Ms Columbia, Miss USA, Olivia Jordan told about the confusion to MS Philippines. An embarrassed and teary-eyed Miss Columbia said “Everything happens for a reason and I am happy for everyone and thankful to have come so far!” and a confused Miss Philippines who really could not enjoy her moment owing to the embarrassment of Miss Columbia said,” This is a very non-traditional crowning moment, this is 2015!”

‘Unfortunately, a live telecast means that human error can come into play. We witnessed that tonight when the wrong was initially announced,’ was the declaration of the Miss Universe Organisation’s twitter page. The iconic Miss Universe Organization is a company run by women for women, built on a foundation of inclusion and continues to be a celebration of diversity. Annually, nearly ten thousand young women participate in Miss Universe pageant events.

The contestants and titleholders that have gone through the Miss Universe system are able to cultivate their personal career goals, advocate for humanitarian issues and be a voice to affect positive change in the world. These women are forward thinking and motivated to not just talk about this change, but to initiate it.