Take a sneak peak of the upcoming Hollywood movie

The thing about life is its many mysteries unsolved and many questions unanswered but what if you were told that every tragedy, every disaster of your life comes with a collateral beauty? 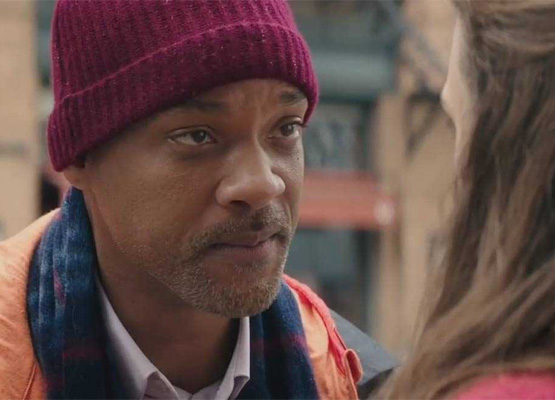 The much awaited Will Smith starrer Collateral Beauty, Directed by David Frankel is the latest upcoming Hollywood movie scheduled to hit the screens across the world, this December 16, 2016.

The story of a successful advertising executive, Howard Inlet, based out of New York, who goes through a deep personal tragedy, decides to retreat from his present life. While his concerned friends and colleagues try and devise a plan to bring him back to his normal self, Howard goes into retrospection and decides to write to the universe to seek answers.

Howard’s letters to Time, Love and Death bring back unexpected and quite surprising guests along with his answers. And what follows is a series of revelation, contemplation and deep understanding of life’s lessons left ignored.

The screenplay has been written by Allan Loeb and the movie stars Kate Winslet as Claire Wilson, Howard’s friend along with Keira Knightley as Love, Helen Mirren as Death and Jacob Latimore as Time. The film also has Edward Norton, Naomie Harris and Kylie Rogers amongst others.

Under the banners of New Line Cinema, Village Roadshow Pictures and Anonymous Content, Collateral Beauty is produced by Kevin Scott Frakes, Anthony Bregman, Allan Loeb and Bard Dorros. The movie was initially in news for casting Hugh Jackman in the lead role but his Wolverine 3 commitment kept him engrossed to lose it to Will smith.

The Raj of Black and White After Four Decades