The song that made some notes at the Grammys

Check out the chart buster Thinking Out Loud by Ed Sheeran, that was the winner of two awards at the 58th Grammy awards this year, Song of the Year and Best Pop Solo Performance. 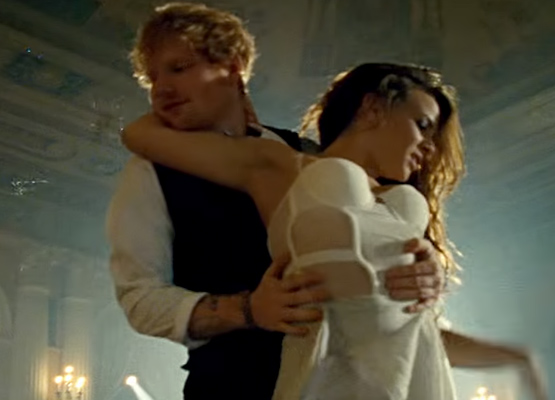 Seen here is Sheeran in the video as the main lead where he is dancing with Brittany Cherry of the American dance competition, So You Think You Can Dance fame where she contested. The video was choreographed by Nappytabs and Paul Karmiryan and shot at the Crystal Ballroom of the Biltmore Hotel in Los Angeles.

Ed Sheeran an English singer-songwriter recorded this song Thinking Out Loud that he penned and created along with his friend Amy Wadge in 2014 for his second studio album, × (2014) in a matter of minutes!  Produced by Jake Gosling, the song has been one of the best and most popular songs for the last two years topping US billboard and Canandian Hot 100.

Released in the US on 24 September 2014, the third single from the album X, Ed Sheeran lost the Gammy Award for Record of the Year to Mark Ronson – Uptown Funk.