Catch the trailer for the next year’s release

Not quite so despicable! The third in its series, penned by the duo Cinco Paul and Ken Daurio, Despicable Me 3 is scheduled for a release in next 2017 June 30th. The third instalment looks very interesting withextra salt and pepper sprinkled at the right places.

Gru gets to meet his twin Dru and the despise takes a new turn. Add to that a mission to outsmart Balthazar Bratt, the rockstar Villian and you have got a laugh riot!

Directed by Pierre Coffin and Kyle Balda, and co-directed by Eric Guillon, the 3D animated movie, Despicble Me 3 comes under the banners of Universal Pictures. 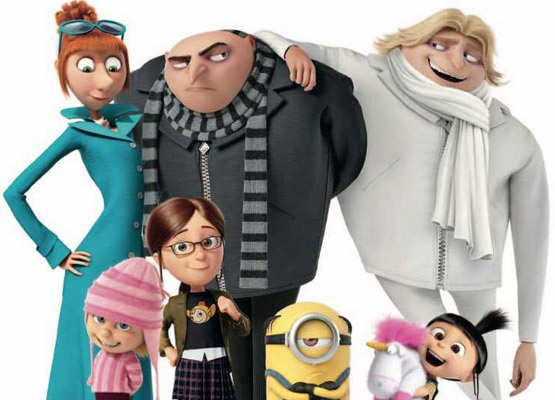