It is good to see the mainstream stalwarts like Naseeruddin Shah and Shernaz Patel take to the new age cinema 2.0! Interior Cafe Night is an award winning twelve minute short story directed by Adhiraj Bose under the banner of Royal Stag’s Large Short Films. . 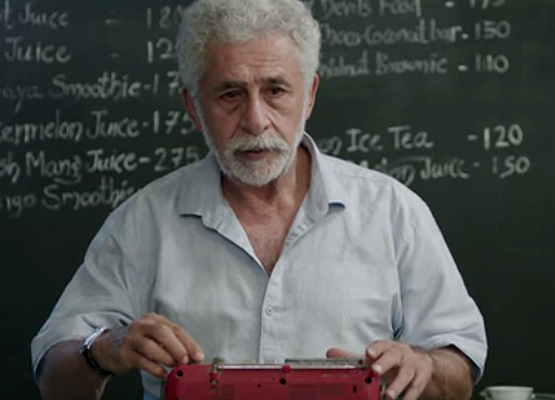 The stark reality that hits us when we stumble upon the choices we once made, subtly dawns upon when you see the on screen emotions that pass through on the faces of Naseeruddin and Shernaz, playing the old couple, while Shweta Basu Prasad, the once-child-actor and Naveen Kasturia the original Cinema 2.0 actor have beautifully enacted the role of a young couple.

The movie might come out as an emotional upstart to realities of life, the situations that we stand in today thanks to those reluctant decisions or rather reluctance at decisions that we make at some point of time. Very crisply and sweetly told, the short film is a good take on ‘get-up-and-get-going.’

A must watch for the web audience who believe in carpe diem!