Masterworks- Unpacking Fashion at The MET

A truly blissful sight for all fashion lovers, the The Met Fifth Avenue, Anna Wintour Costume Center, in a truly amazing way brings to its audiences, an exclusive exhibition which has on display some of the most significant acquisitions by the centre within the last one decade. 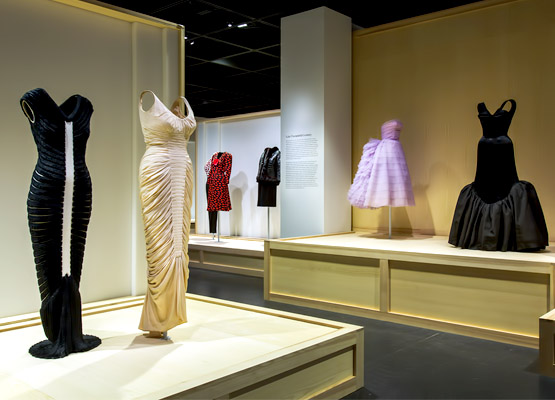 Started in 1937, The Costume Institute has developed phenomenally to house more than 35,000 costumes along with accessories collected from five continents and seven centuries including some of the most fashionable dresses, regional costumes, and accessories for men, women, and children, from the 15th century to the present.

Its exhibition area got a two year makeover and was reopened in 2014 as the Anna Wintour Costume Center. The Institute’s Fall 2016 exhibition, currently on display opened this November 8, 2016, the Masterworks– Unpacking Fashion, on view till February 5, 2017. The exhibition has been curated by Assistant Curator Jessica Regan with support from Curator in Charge Andrew Bolton.

It is interesting to discover the department’s extraordinary effort in bringing together the designs and works from iconic designers who have been highly instrumental in bringing about this paradigm shift in the world of fashion. 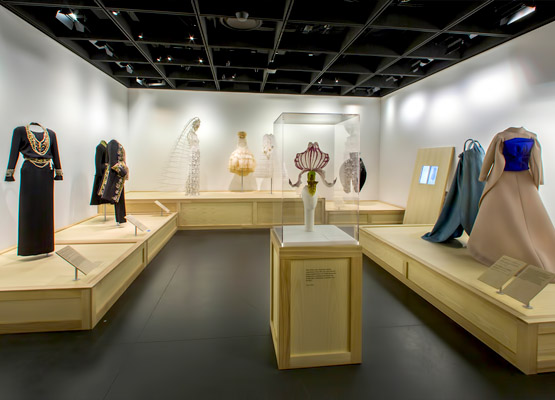 The exhibition is a fine collection of about 60 masterpieces that redefine superior aesthetics and technical quality created by the geniuses of fashion and design, from early 18th Century till present that the Institute has acquired over the last ten years.

According to Andrew Bolton, ever since the institute became a part of The Met the aim has shifted towards acquiring masterworks rather than accumulating western high fashion. The mission now is to present ‘Fashion’ as a living art that is instrumental in not just recreating history but also becomes an inspiration for future generations. 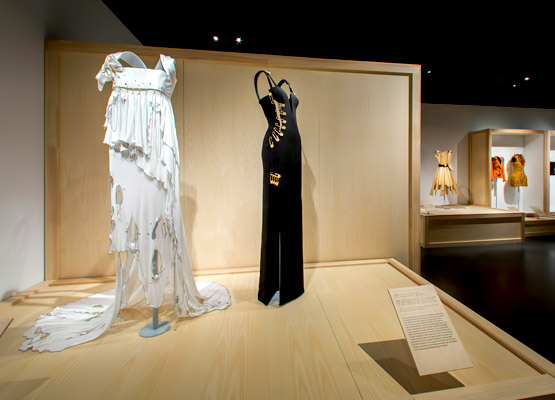 Most works at the main Lizzie and Jonathan Tisch Gallery carry a detailed note that talks about its significance vis-s-vis the modern fashion resurgence. Displayed on platforms that look like oversized packing crates, the ensembles are organized chronologically and some of them are even artistically paired like the John Galliano for Maison Margiela dress from 2015 is displayed alongside Cristobal Balenciaga gown from 1964.

The Carl and Iris Barrel Apfel Gallery has on display, ensembles that were donated by various designers in honor of Harold Koda on his retirement from Curator-in-Charge of The Costume Institute early this January 2016.