The thing about period dramas is all the grandeur and extravaganza, the costumes and the set-up, add to that an intense love story and you get a heart throbbing, pulsating entertainment that grips you completely.

Bajirao Mastani, the romantic period drama based on the novel by the Marathi writer N.S. Inamdar titled, Rao, tells you the story of Peshwa Bajirao, the Army Chief of Chhatrapati Shivajirao, who sets out to conquer the smaller states to unite Martha Kingdom. He falls in love with a Muslim warrior girl and thus starts the story of love that holds no boundaries and knows no religion. 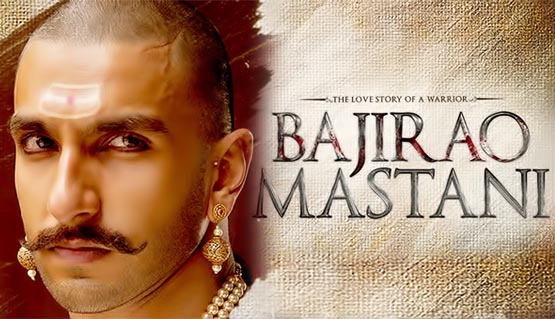 Sanjay Leela Bhansali, true to his creative sense has wisely chosen the story, the location and the star cast. The most difficult part of a period drama is to justify it in every sense, be it the sets, the costumes, the makeup or the dialogues and Bhansali team has indeed stood up to it.

Ranvir Singh has well enacted Bajirao’s character to depict his sensibilities. In fact, Deepika Padukone and Priyanka Chopra have both brilliantly played their respective roles of Mastani , the Muslim warrior girl and Kashi, Bajirao’s first wife.

Surprise factor includes watching Milind Soman, charming as ever, playing Bajirao’s right hand. Tanvi Azmi who has played the role of Bajirao’s mother, as usual, is an amazing actor to watch out for, in the movie.

The Maratha accent by Ranvir Singh and the girls is well perfected and enjoyable at the same time. Sanjay Leela Bhansali has also done a great job of directing the music for the film.

One thought on “Bajirao Mastani Review”