An insight to the world of this famous Collagist

Sukanta Dasgupta is an artist with a vision. He has pursued painting, photography and other forms of artistic expressions for over three decades. Having experimented and worked with various mediums, Sukanta has finally settled for expressing his ideas through this relatively uncommon and difficult form of art called Papier collies, more commonly known as paper collage, yet keeping his interest in other mediums alive. 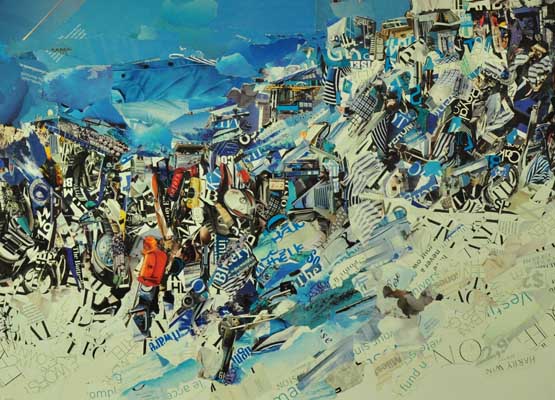 ‘Celebrating the Ordinary’ is what his exhibition is called, but the brilliance of his work is nothing close to ordinary. He has experimented with papier collé for about ten years and has achieved the effects achievable by oil paint simply by pasting torn papers.

Despite the plasticity of the medium, the artist has explicitly chosen collage as his medium of expression. His work of art has been much appreciated by the artist community, media and most importantly by public in general. 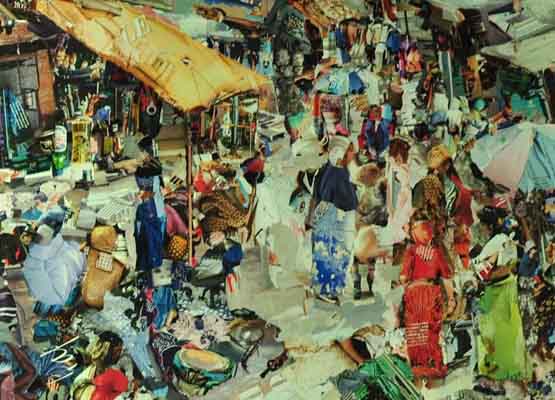 You will be surprised by the technique that Sukanta lends to his artwork. Carefully and patiently picking the coloured bits of paper and tearing them in a specific direction and style to make it look like a brush stroke.

The genius of work lies in his style. Every art work is enigmatic to an extent that it looks more like a painting rather than an intricate pasting work. The final result is not just mesmerizing but also intimidating sometimes owing to the great detailing that Sukanta exhibits. 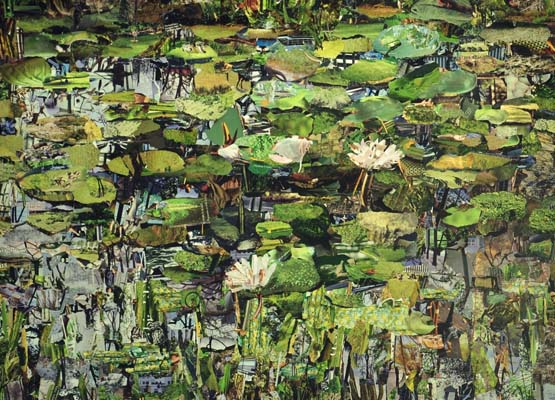 And as Sukanta calls them, extempore decomposition, a result of his experiments that start with a vague idea and gradually move to more definiteness, creating a sense of achievement all along yet sometimes bringing him to a standstill when it gets stuck due to certain colour movements that don’t seem to fit too well together.

“For my papiers collés I have banked on ideas which were either results of pure imagination or a mythological story or just a moment captured in camera. At other times, a master artist’s creation could have been my inspiration. Eventually, I have realized these inspirations have simply been driven by the desire to produce oil painting like effects with a plastic medium. I have not imposed upon myself many restrictions regarding media or technique, allowing myself the use of any possible means or mixture of media to arrive at a final, well composed, balanced picture, pleasing to the mind and reflecting a little bit of me,” says the artist. 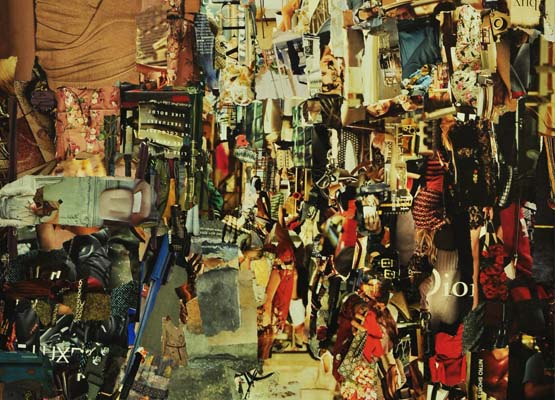 Sukanta Dasgupta’s work can be seen at the India International Centre from 17th to 23rd November 2016.

One thought on “Bringing Alive the Genius of Papiers Collés”