CHRONICLES OF V by Soumen Bhowmick

Soumen Bhowmick is a creative genius when it comes to an inkdrop. The teacher, guide, mentor, friend and philosopher to his students in various Art colleges around Delhi, Soumen believes the common man is the turning point for every society moving towards its renaissance.

In this brilliant collection of sketches and drawings that intimidate the viewer with its detailing and fineness, you will find some exemplary concepts and astonishing ideas that reflect the new age resurgence philosophies! Check out CHRONICLES OF V by Soumen Bhowmick on display at Triveni Kala Sangam Gallery, New Delhi from 7 – 16 March, 2016. 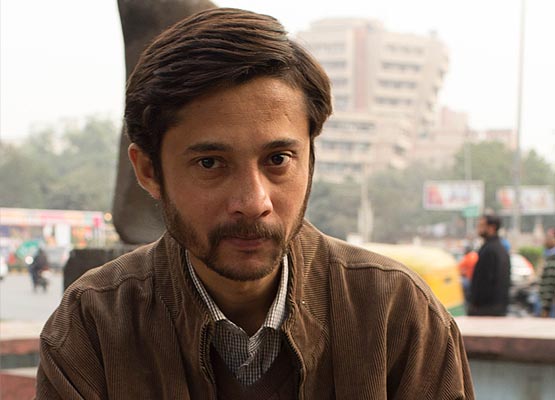 *The ‘V’ – as a concept, as I would call it, is a collection that represents the upsurge of common man’s emotions, reactions and thoughts- how did the collection of drawings come up, the kind of time it took, your interactions with people around, incidents that lead to a particular drawing or concept etc?

I started working on this series called Chronicles of V in 2012. It’s my way of answer to the predicament of the commons in today’s society. Political and economic situation are my inspirations here. It was a global platform for ideas. The work THE GREAT WAR is a Triptych drawn to challenge the war mongers of our world. V the common man is the hero here. Getting crucified whenever he plays the role of a whistle blower or an idealist. 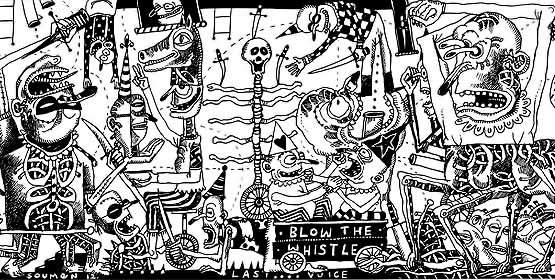 *So is the common Man a silent observer who only grumbles to himself at every news or event or is there a hero in there as well?

Absolutely not a silent observer at least in my work here; in reality he or she could duck to hide from reality around them but not in Chronicles of V. Here the common is the warrior, the one who fights to salvage our broken society. He challenges the unfortunate events or turmoil globally. He is the survivor and the soldier of idealism.

*Soumen’s journey to the world of creative drawings… started in 1997 officially after graduating from College of Art, New Delhi. But in reality it started in 1994 during my second year, while freelancing for Oxford University Press. I Got the Vice Chancellor Award while in final year of my BFA. Creative drawing always tempted me into a journey to the unknown. It captivates all my senses. Drawing is as good as breathing for me. It makes me feel alive and kicking. It’s my sword of cutting across all realms of creativity. 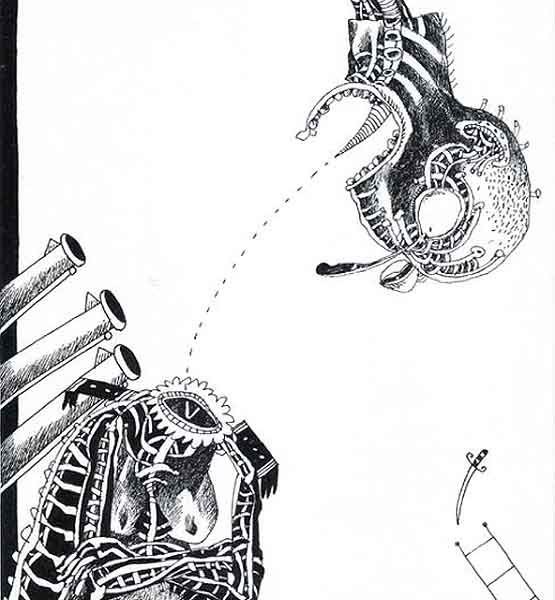 *The fact that art has no boundaries…is evident more so in the contemporary context of global subjects being picked up by the creative tribe. Nothing is untouched now. The borders of nationality have evaporated. Lines and colours have invaded us in every nook and corner of our global village.

*Your sketches and drawing…will make one nurture his grey cells to the maximum. It will make your soul a wakeful one. 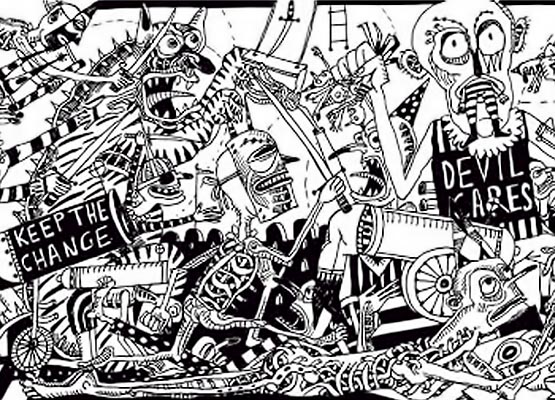 *You want your audience to…answer their own fear and duality of life. They should rise up against ignorance and nonsense in our society. The audience has a major role to play when it comes to make one’s art successful. The reaction of my audience is vital to V’s war against fascism and ignorance.

2 thoughts on “CHRONICLES OF V by Soumen Bhowmick”