Visit the exhibition for some eye openers on Indian Master Artists

An ardent art lover would spot a Raza, Hussain and Souza from a distance. But not here. This is where the surprise element comes. 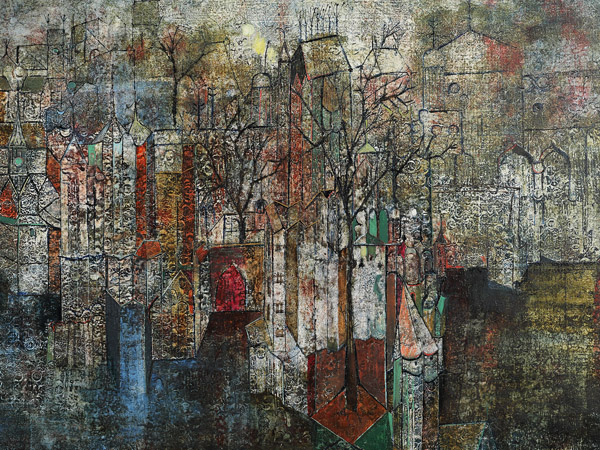 This is a visual treat for connoisseurs to see the early works of the masters before they discovered their USP!

Curated by Veteran artists Vijay Kowshik and Gogi Saroj Pal, this showcase is a rare find. They have collected artworks from as early as 1903 by Raja Ravi Varma to as latest as a 1991 by Rajendra Dhawan. And a right out of attic Harkrishan Lall, which the curaters literally had to dust off for two days to make it exhibition ready.

It is believed that twentieth century set the ball rolling for Indian modern art. During this period, Indian Art transitioned from mere traditional to more modernistic, gradually transcending into the emergence of a unique and rich aesthetic language and grammar that is difficult to slot within the rubric of either modernity or tradition, eastern or western art or colonial/ anti-colonial discourse. It is in fact, polyphony of tones that vary in terms of time, space and genius of individual artists. 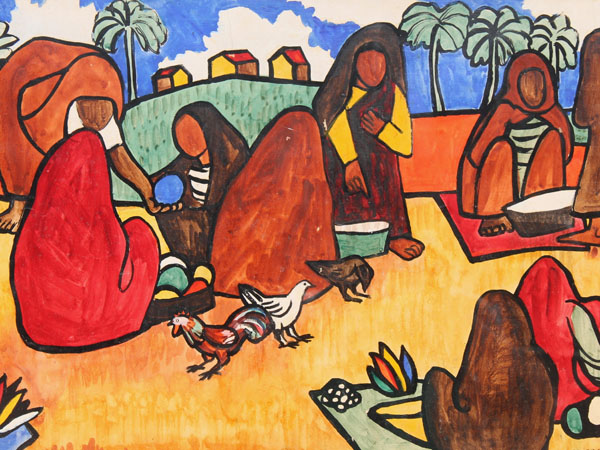 In the words of Prof Seema Bawa, who has documented this project, “This show, Contextualizing Progressives: Indian Art in the Twentieth Century sets out not only to showcase the Progressive Artists Group and its associates but also the forces that brought about its inception within and outside India. Further it sets out to explore the dynamisms that it set into motion that informed Indian art henceforth. There is constant engagement with colonialism and Euro-centricism, albeit occasionally Indian art contests and sometimes collaborates with these.

Considered one of the first modernist, Raja Ravi Varma became a household name but in the perspective of modernity, Ravi Varma becomes a problematic figure because while he uses European materials and technology his themes are narrative and devotional in content and spirit, often inspired by narratives from Epic and Puranas. 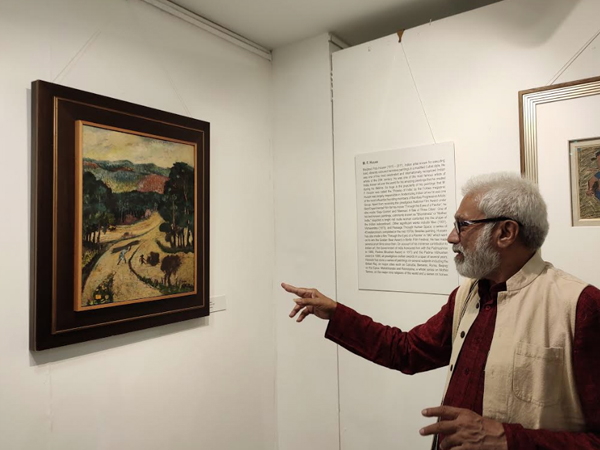 Curator Vijay Kowshik at the opening

Abanindranath Tagore, painting at the cusp of the 19th and twentieth centuries, introduced cultural nationalism into Indian arts seeking an Indian Art that was modern in outlook yet traditional in style and spirit. There is a strangeness and conflict in Rabindranth Tagore’s art; he consciously cultivated the art of drawing and painting as means of self-expression where words were not sufficient.

Shantiniketan’s maverick artist Ramkinkar Baij’s art was not bound by ideology or convention; it remained rooted in the soil, and in the soul. The tribals and the earth inspired the works of Nandlal Bose, Benode Bihari Mukherjee in Bengal and Sailoz Mukherjee in Delhi. The anti colonial struggles led formalization of the progressive thinking amongst artists through the artists collective called the Calcutta Group in 1943 with Jaimini Roy, Abani Sen, Chittoprosad, Somnath Hore, Zainul Abedin, and many others.

The Bombay Progressive Artists Group was formed by the coming together of F N Souza, S. H Raza, K H Ara, Gade, S Bakre and M F Husain in 1947. While each artist had his own signature style and visual language, what they had in common was the rejection of academic art, bucolic romanticism and tradition. 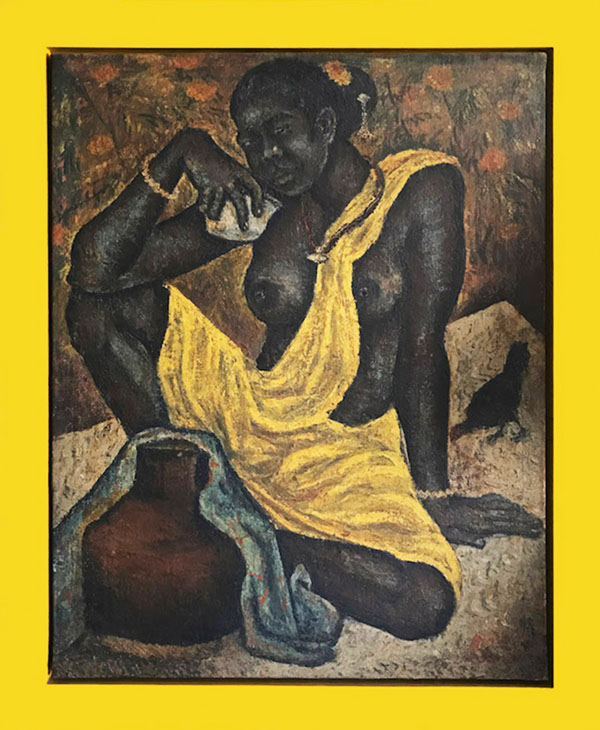 By their first show in 1949 in Bombay, they clarified being ‘Progressive’ in the sense of embracing communist ideology and being artists were not necessarily contiguous categories nor di they engage with any nationalist project “At no stage did the whole business of nationalism come into it,” says Souza.

The Baroda School succeeded in decentering the discourse from the revivalist-nationalist narrative towards the more mundane, lived experiences, of the self and of society.

In the post Partition era in 1949 under the aegis of B C Sanyal, the diaspora came together under the umbrella of the Delhi Shilpi Chakra became a foci for artists and students in Delhi but it too was not a centralized organization of artists with a formal agenda, rules and ideologies. Dinkar Kowshik, HarkishanLal, K. S. Kulkarni, Dhanraj Bhagat Rajesh Mehra amongst others were active while later it was associated wti, Manjit Bawa, Anupam Sud, Gogi Saroj Pal, et al.

Regional modernities, not necessarily associated with progressive movement were seen in South India through institutions such as Cholamandam in 1966 and Madras Art Movement and in the persons of Dhanpal and K C Panicker.”