Not quite surprisingly though, The Metropolitan Museum of Art yet again raises its bar with an exclusive exhibition put together marvelously by its curatorial team that takes care of the Asian art collection, the Pahari Paintings from India. 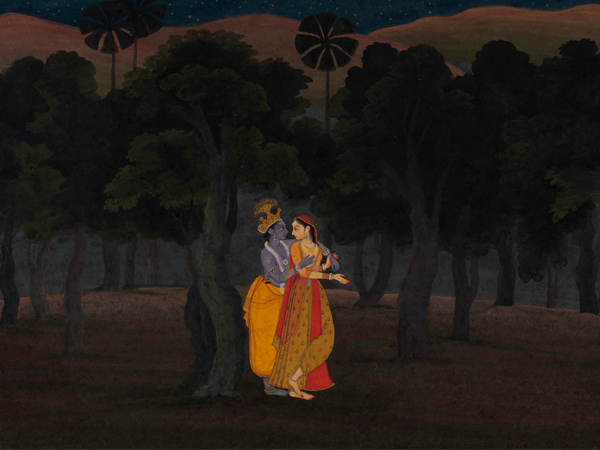 Radha and Krishna Walking at Night

On exhibition since Dec 22nd 2018, this rare collection will be on display till July 21st 2019 at The Met Fifth Avenue.

Seeing the Divine, is a remarkable collection of Hindu Gods, as depicted by Pahari painting artists of North India that once adorned the walls of royal courts of the high altitude India during the 17th and 18th centuries. The collection itself is an extravaganza of Indian miniature paintings of gods and goddesses in vibrant hues and minute detailing, intricately portraying important scenes or incidents from the rich cultural heritage that the country boasts of. 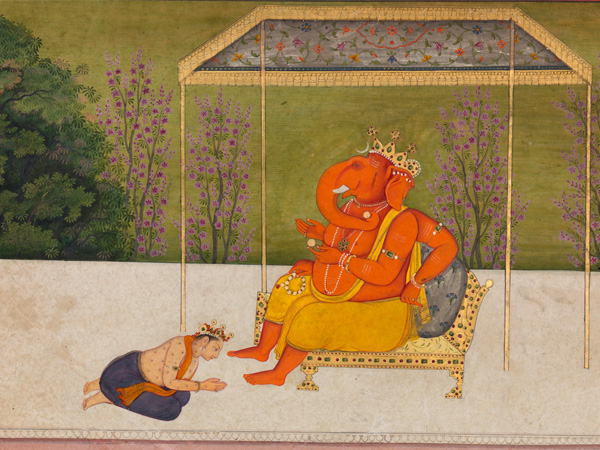 The collection has been majorly taken from royal families in Jammu, Himachal and surrounding states like Punjab and uttarakhand, that existed in early 13th century and some even before that. Enriched with water colors, gold and silver, these paintings are unique in more ways than one.

The Pahari paintings, as the collection is called, has highlights like a rare 26 feet long temple banner dating early 19th century open for public viewing for the first time and paintings like ‘Devi in the Form of Bhadrakali Adored by the Gods’ from a Tantric Devi series created ca. 1660-70 in gold, silver, opaque watercolor and beetle-wing cases on paper acquired from the kingdom of Basohli attributed to the master of early Rasamanjari that are already so famous in the world of miniature paintings. 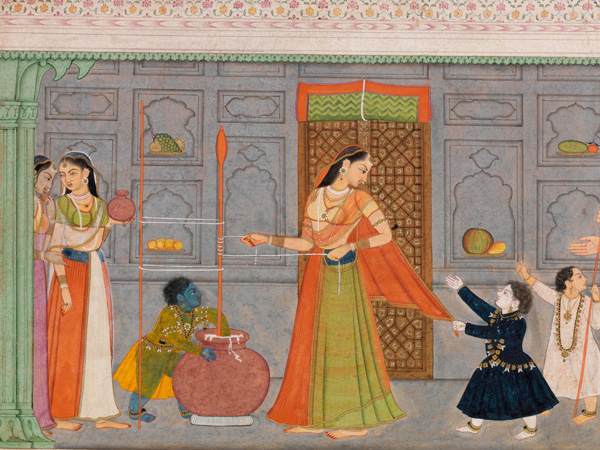 Folio from a dispersed Bhagavata Purana

What was remarkable about the Pahari painting artists was the fine detailing in everything and the sense of emotions that they would instill in the paintings even while painting the gods. The deity was created with a sense of personal emotion, as a lover, as a child or the universal force while at the same time deriving the scene from the stories about them.

Other major works include an array of miniatures from The Kronos Collections acquired from the kingdom of Guler/Kangra depicting the some of the most exquisitely created miniatures of Radha-Krishna, Indra and scenes from the Ramayana. The collection indeed is a visual treat for art lovers and a must visit for everyone. 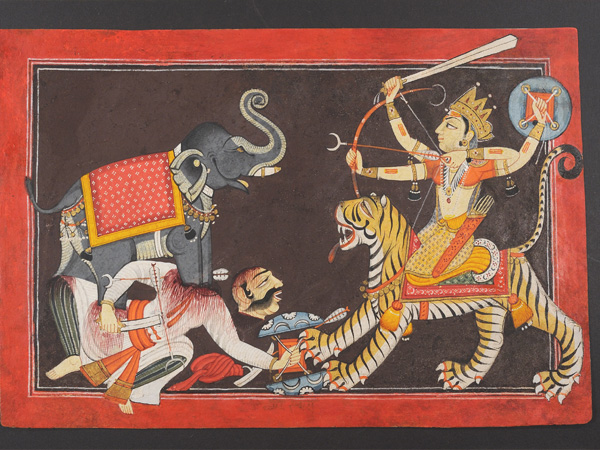 The exhibition is made possible by The Miriam and Ira D. Wallach Foundation.