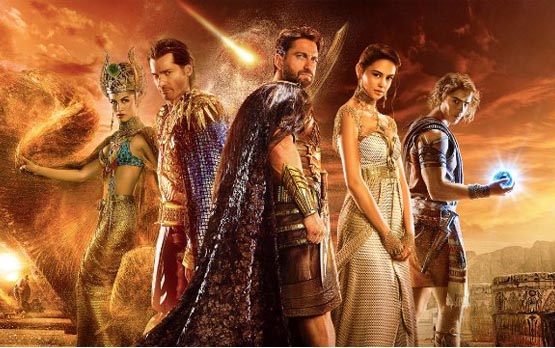 The Gods of Egypt is set in the time when gods descended on the earth to live along with the mankind and the children of Ra, Sun God, rule two different worlds, Osirius ruled the green and prosperous valley of Egypt by the riverside of Nile and Set, (Gerald Butler) gets to rule the Desert.

The movie plunges into action when Set kills his brother while his Nephew Horus (Nikolaj Coster-Waldau) is about to be crowned the new king. And then follows the story of revenge, justice, love, faith and unending drama.

An action oriented 3D movie that makes you believe in mythology, super powers of gods and human intelligence. It’s a story book coming alive. The age old theme of Good wins over evil in yet another tale, only it’s all Egyptian this time.

The movie concludes with God Horus declaring Generosity, humanity and good deeds as the virtues to buy afterlife rather than gold which was the earlier practice. 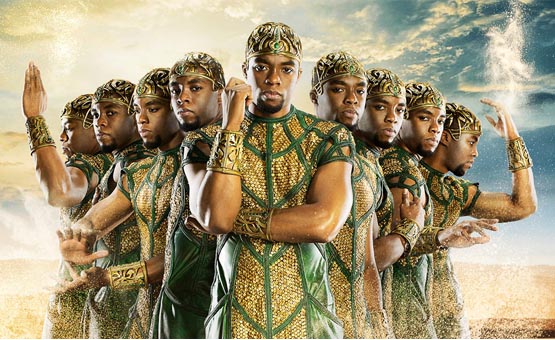 While the screenplay is incredibly strong, the movie does have its mortal realization when it comes to the storyline and some dialogues. Director Alex Proyas has done a good job of putting the puzzle pieces together, but a weak story is like mocking the intelligence of its audiences.

Watch it for its 3D effects and if you are a die-hard romantic at heart, also, for some larger than life images.

Gerald Butler, as usual, is good with his acting skills and a commendable performance by Elodie Yung as Hathor, the Goddess of Love. I also liked the idea of downsizing the humans in the frame to make the Gods look huge.

The movie failed to impress on its intelligence quotient which leaves you feeling Hollywood is running out of ideas!

One thought on “Gods of Egypt Movie Review”