The 2016 Indian Federation for Fashion Development (IFFD) calendar launched amidst much glamour, glitz and chutzpah, in the capital, today.

The Federation, spearheaded by Avinash Pathania and Kiran Kheva, has been creating its fashion calendar as an yearly event focusing on the Indian fashion designers and the industry per se, since its inception. This year the calendar talks about the textiles from the designers’ perspective. The rich cultural heritage that India boasts of in terms of its textiles and looms has always been a major source of inspiration for most fashion enthusiasts. 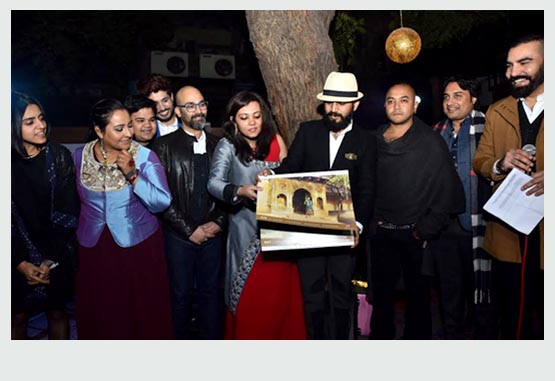 Avinash Pathania and Kiran Kheva launching the calendar along with the team.

“There is a great sense of nostalgia about Indian textiles and that’s what these designers have presented in their creations. The calendar proves to be instrumental in taking the heritage to the global platform,” said Avinash Pathania, Founder Director, IFFD. 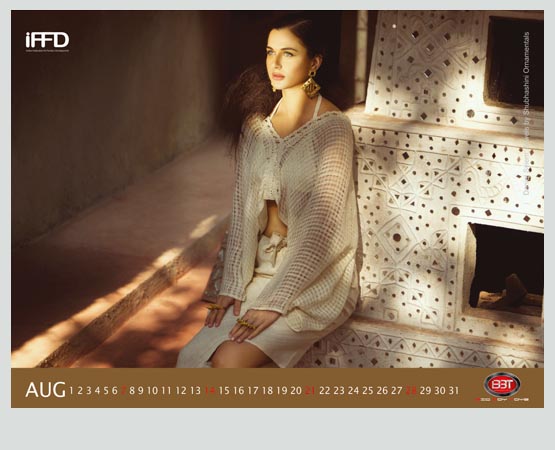 The calendar has been shot by Kunaal Bose at National Handicrafts & Handlooms Museum (New Delhi). Rishi Raj has styled the looks and the Jewelry comes from the label, Shubhashini Ornamentals by Akaash Aggarwal. 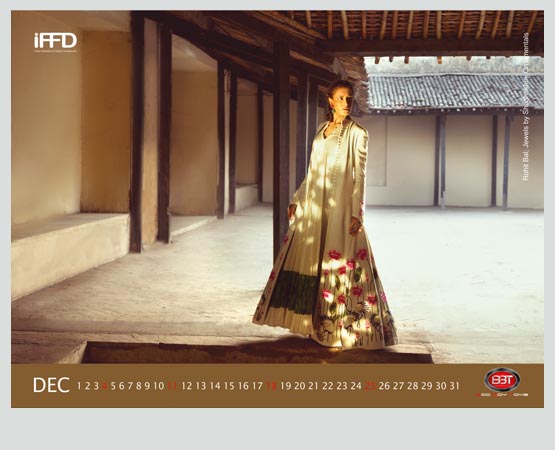 Rishi Raj, the creative mind behind the Calendar reveals, “The idea behind the calendar 2016 IFFD being Textiles of India, we decided to not have a monthly theme but showcase each design as interpreted by the designer in the best way possible. The main idea was to create interesting scenario to showcase those designs; to pull them out of the un-cool factor as textiles are perceived by the younger generations and they would rather wear fancier things, so we focused on how well Indian textiles can be designed and interpreted.”

“The experience was a lot of fun although it was a bit of a challenge creatively, but that’s always the good part. We shot it at the Crafts Museum and we weren’t allowed to take any lights or any equipment inside, so I think the photographer, Kunal Bose, did a fantastic Job on pictures for the Calendar. He shot with natural lights for every frame, using the shadow play to bring out the textures of the garments and the entire story behind each concept.” 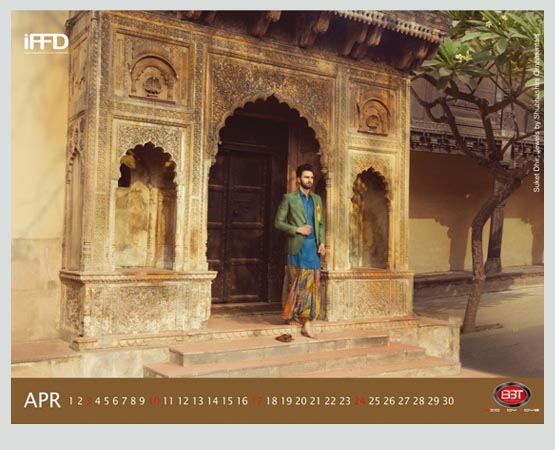 “In an endeavor to protect and promote the heritage fabrics of our Meghalayan culture, we have participated in the IFFD’s vision which comes out as a great opportunity to help integrate the fabrics and weaves of this beautiful country thus showcasing our true colours to the world at large!” exclaimed Daniel Syiem, the new age fashion designer from Meghalaya who has been making waves in the industry thanks to his unconventional contemporary designs fused with the traditional craft of the North East.

“The IFFD Calendar has always been very special to me. This is my third year with them as the only Jewellery designer in the calendar and designing accessories according to different trends, months and Garments was exciting as well as challenging. I enjoyed it immensely,” said Akaash Aggarwal.