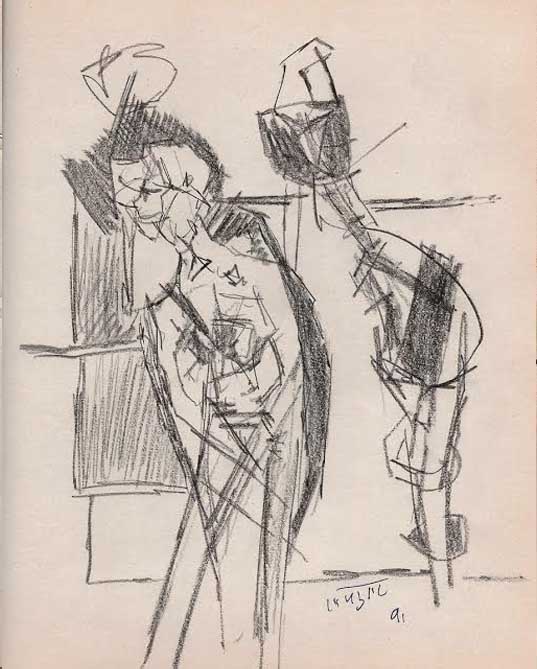 LINES & COLOURS, an exhibition of art works by the renowned artist Ram kumar in small format works, done on paper with ink/pastel done over five decades or so. The exhibition will travel to Delhi, Chennai, Bengaluru and Kolkata and will be first shown as a collateral event of India Art Fair in the Delhi Aakriti Art Gallery. The show has been created by well known poet and art critic Prayag Shukla, a close associate of Ram Kumar.

Ramkumar, regarded as one of the first-generation of post-independence artists in India, with contemporaries like M.F Hussain, F.N Sousa, SH Raza and Akbar Padamsee, began his artistic journey studying at Sharada Ukil school of Art and later went to Paris to get trained under Andre Lhote and Fernand Legar. 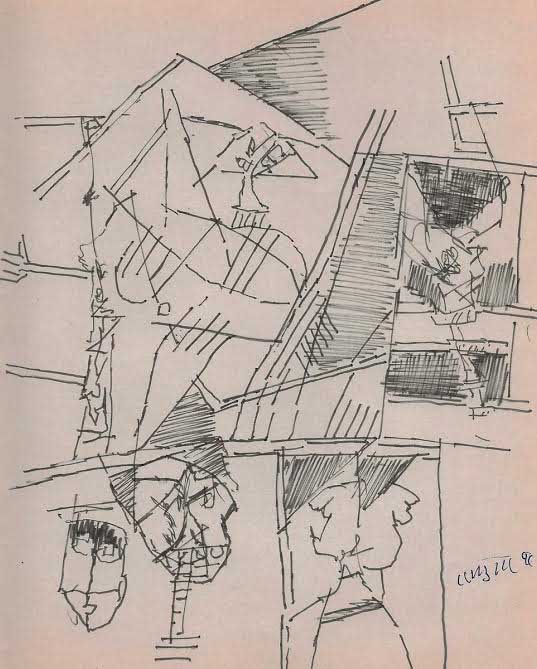 This exhibition showcases his smaller works, the lines and strokes drawn extempore, more like a diary, in this context literally done on bahikhatas (account books) where a certain ‘contextual’ mood is charted, followed and spontaneously documented, leaf after leaf, in sensitive, live-wire like lines and colours, which are truly sensitizing and illuminating. The way the lines and colours ‘proceed’ at times hesitantly, and at another point affirmatively, is aesthetically satisfying and exciting at the same time. 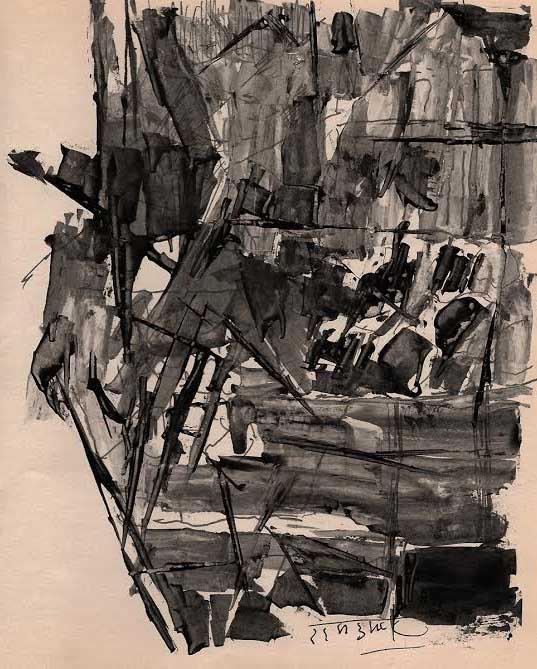 The idea behind this showcase is to celebrate and focus on his works which differ to a large extent from the bigger works done on canvas with oil and acrylic and. The scribbles of an artist are rarely seen, nevertheless, the viewer is invited to absorb more intimately, a journey of the artist which traverses, paths, bridges, mountain- like heights and vistas of a mental cape (signifying landscapes as well) in all their dark, white, grey and bright hues.