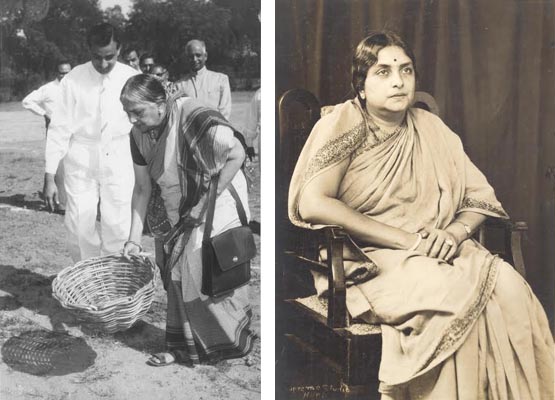 The township of Faridabad, India International Centre, Cottage emporium and the entire crafts industry of India owe it all to this one Iron woman, Kamaladevi Chattopadhyay, a visionary and a woman of strength, who was hugely instrumental in India’s Freedom movement and the development of a nation that today we are all proud of.

She was truly a futurist and ahead of her times in more ways than one. It is only surprising that many don’t even know much about her, and that’s precisely what Global Fashion Street, would like to bring to front. 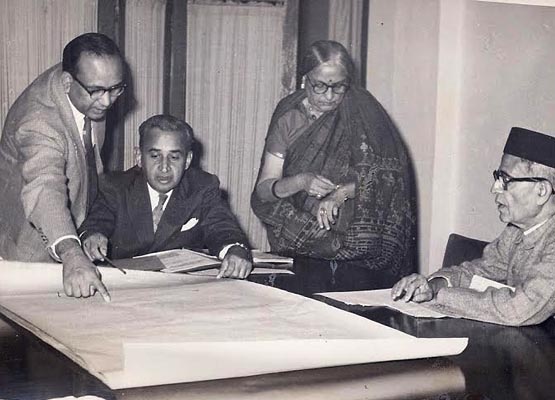 Kamladeviwas born in a very progressive family on April 3rd 1903 in Mangalore. Although as per the custom those days she was married early in her adolescent years at the age of 14 and as fate would have it, she was widowed only two years thereafter, she was encouraged by her mother, Girijabai to pursue further studies for a secured future. 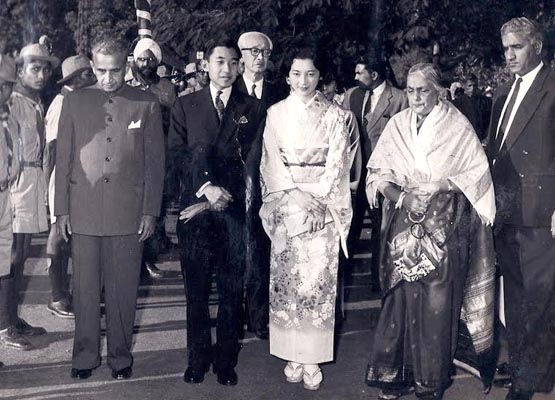 The Crown Prince Akihito and the Princess Michiko of Japan received by the President, Dr. C.D. Deshmukh and Mrs. Kamaladevi Chattopadhyay (Trustee) with the architect Joseph Allen Stein at the back

Harin was a multi talented person who was a well known poet-playwright-actor and a progressive person himself. Their marriage was more like an artistic amalgamation of two highly ingenious people who grew together to explore the world of creative endeavours. In fact, Kamladevi broke the tradition of widow marriage back then and surprisingly, Harin and KamalDevi even parted ways amicably by filing a divorce on mutual grounds.

Kamladevi even went to London to pursue studies in Social Work at the Bedford College, University of London. The more you know about her, the more it gets you in awe. She pursued all her practical field work in East London wearing Sarees! It was during her days in London that she heard about Mahatma Gandhi’s Non- Cooperation movement and returned to be a part of the movement in 1923. She ardently helped in uplifting the women’s status and was instrumental in creating a platform for women of all ages. 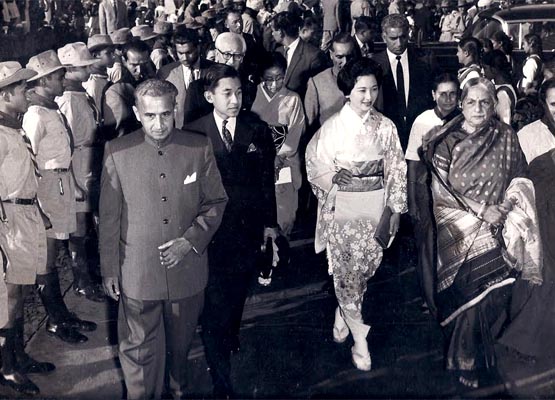 Leading Their Imperial Highnesses to the dias

KamalaDevi established the All India Women’s Conference in 1927, which was instrumental setting up a numerous institutions around the country run for and by the women including Lady Irwin College for Home Sciences, one of its kind college for women of its times, in New Delhi. She was an active social worker who worked towards upligtment of the weaker sections. In 1930, she was one of the seven member team of Salt Satyagraha who prepared salt at the Bombay beachfront. 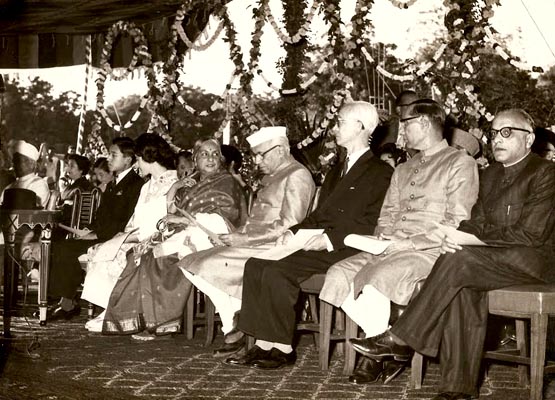 In her second phase of her life she was solely responsible for bringing to the front the art and crafts of India, to give artisans and craftsmen a financially viable position. She has been highly instrumental in setting up institutions of great value to Indian Cultural heritage that today we can boast of. A martyr for not just independence but a visionary for the modern day India, Kamladeviset up the Theatre Crafts Museum in Delhi, the Cottage Emporium, National School of Drama, India Internatonal Centre, Sangeet Natak Academy and many more. 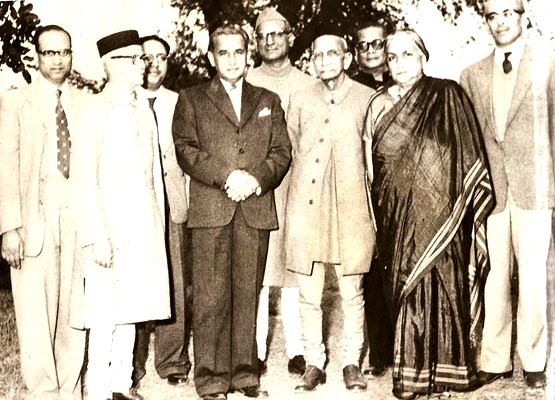 23 November 1959 First Meeting of the Board of Trustees

Today, most people who walk into a master Craftsmen exhibition may wonder at the marvel but little do they know the indigenous crafts of India could have easily lost in oblivion had it not been for this wonder woman. Kamal Devi authored many books during her lifetime and the nation suffered the loss of a great soul when she passed away on 29 October 1988 in Bombay. 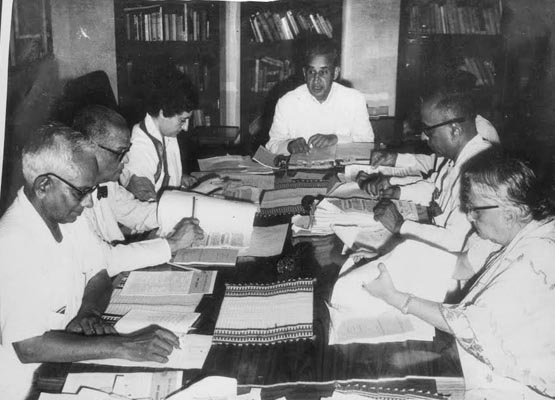 India International Centre is coming up with an exhibition of pictures and text from her lifetime and the precious moments can be enjoyed with a strange nostalgia for people to know her better through the exhibition titled Kamladevi Chattopadhyay and the Making of Modern India, on display from 17th-26th April 2016 at Art Gallery, Kamladevi Complex, IIC, New Delhi. The exhibition is curated by Birad Rajaram Yajnik with support from Rohini and Nandan Nilekani.