Watch out for Kong- Skull Island

If you have been following the King Kong series, you will love this one. A sequence to the Kong and Godzilla series.

Produced by Legendary Pictures, that owns the King Kong series, the movie had been declared at the 2014 San Diego Comic Con by the banner. And after much debate and many rumours later the picture finally comes to life, to be released early next year. Take a sneak Peek to enjoy the excitement.

Having being in news for all kinds of contradictions for different lead roles and lead characters, the movie, at last confirms rumours of Godzilla and King Kong together, an exciting mix of monster characters. Directed by Jordan Vogt-Roberts, the movie features the stalwarts of Hollywood.

The plot for the movie is set in the year 1970 when a team of explorers from the US set out to find more about this island in South Pacific which is yet to be measured for its, topography, flora and fauna. As usual, the agency Monarch (secret agency in Godzilla, which always knew the secret otherwise oblivion to the US) is already busy with its research and to protect the ecosystem of the island.

How the two teams come together in a myriad turn of events that turn the research project into project save life, is what makes up for the plot of Kong- Skull Island. Although the news of Godzilla featuring in the movie is out, there are promises of surprise elements that will keep you glued to your seat.

With amazing 3D effects that will get your adrenaline rushing, Kong -Skull Island is a movie not to be missed. It transports you to an island of adventure and journey full of challenge and fear at every corner. 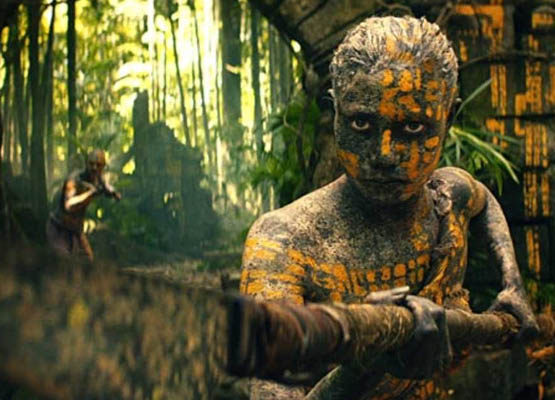 Samuel L. Jackson, Tom Hiddleston, Jason Mitchell, Brie Larson, Vivienne Taylor, Corey Hawkins and Toby Kebbell amongst others, the scheduled date of release for the movie is March 10, 2017, in association with Warner Bros.