Homeware designs in bamboo and wood, handcrafted in Nagaland and Manipur on exhibition from  7th  September  to 14th September 2016 at Art Gallery, IIC annexe organised by India International Centre. 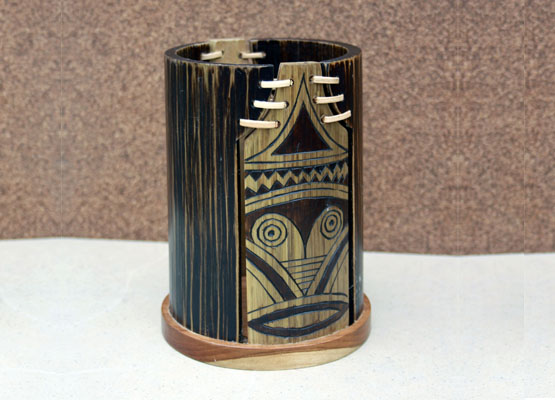 “There was a time in my life when bamboo was an obsession and friends jokingly called me Miss Bamboo. Later it developed into a passion. Now it is an inseparable part of my life and work. This bamboo journey has been a long one and designing with bamboo and then wood over the years, has led e’thaan to specialize in these two wonderful organic materials, ” Ritu Varuni, owner and designer, E’thaan who specialises in bamboo and wood craft design for more than 20 years.

From the old is born the new; `E’thaan’ is a Lotha-Naga Indian word for something ‘new’.  The brand stands for creative Indian design rooted in traditional skills but infused with a new spirit. 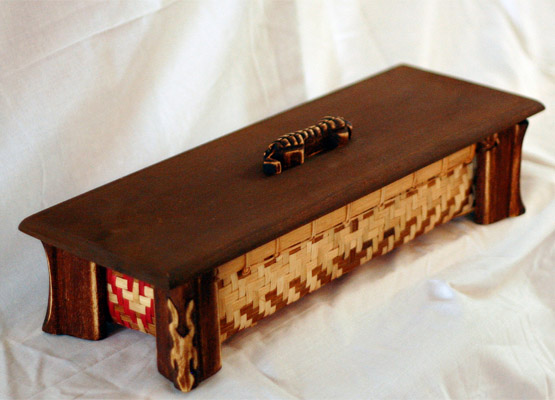 This design exhibition BASICALLY BAMBOO by e’thaan is literally its title and has its roots in the bamboo and cane basketry traditions of Nagaland and Manipur.  The home-ware designs use bamboo in combination with wood and cane, with a view to preserve the cultural essence of the craft skills and take them further with a sustained design input.

While the artisans from Nagaland are all men with a history of bamboo craft work behind them, the artisans from Manipur are all women who have invaded a traditionally male dominion and are new entrants in the bamboo craft sector. The designs by Ritu Varuni, have been handcrafted by 14 artisans from all over Nagaland under a design workshop project conducted by e’thaan and organised by the Nagaland Bamboo Development Agency, Dimapur, and in Manipur by a group of 7 women bamboo and cane artisans from Teraphai in Chandel district under a yearlong bamboo craft based livelihood programme, conducted and formulated by e’thaan for the Control Arms Foundation of India, New Delhi and MWGNS, Langthabal, Imphal. 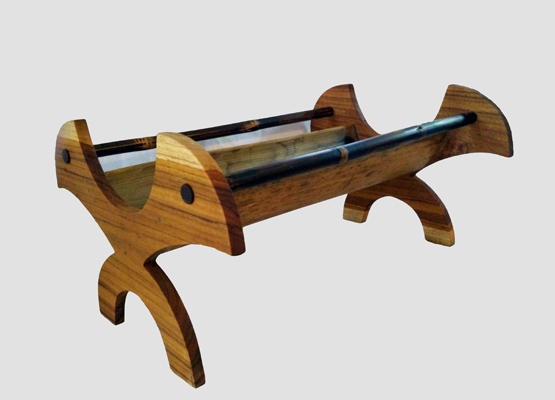 Nungshi Renba   has been associated and trained by e’thaan since 2002 and runs his own unit called United Craft with artisans  Temsu, Nyamgai and Katasibo in Dimapur in Nagaland. His best introduction is his tremendous effort to bring wood craft out of its traditional mould and make it into a livelihood using new and improved methods of production and technology.  Nungshi was the recipient of the Governor’s award in 2009. He is a part of e’thaan’s master instructor team for wood and bamboo craft.

More recently e’thaan has expanded its production base in Nagaland with independent new artisan partners. These include a list of young dynamic wood and bamboo artisans and artists Khrolo, Ruovi, Imongba and  Putsui, all of whom have their own units in  Dimapur, Ghaspani, Longleng and Chumukedima respectively.

This self help group of 25 widows with an average age of 30 to 40 years, 14 of which belong to a Changai self help group was formed under the MWGSN, Langthabal, Imphal. Most of the women have children to support and are dependents in their parental homes that they currently live in, without any land holdings of their own.

The entire Maring(Naga tribe) village community to which the women belong are migrants from an area closer to the Myanmar border. They were forced to flee their original settlement 20 years ago and resettle here due to the Kuki-Naga conflict.  E’thaan has trained the group under an Integrated Design and Technical Skill Upgradation Development Programme in 2014-15 that was organised by Control Arms Foundation of India, New Delhi and Manipur Women’s Gun Survivors Network (MWGNS), Langthabal, Imphal.

Explore more such articles on GlobalFashionStreet.com