Find out why Phillauri will make you love, laugh and live

The movie has been in news since early last year when it was announced that Anoushka Sharma was coming up with a movie starring herself and Punjabi heartthrob Diljit Dosanjh in a romantic comedy, Phillauri.

Find out why Phillauri will make you love, laugh and live

The trailer is out and the first look is quite promising. Although the trailer gives away the entire story, you still get the butterflies to watch it all by yourself. The movie seems to have all its elements of action, drama and comedy intact. And with Diljit Dosanjh on board it is not possible to not have its share of humour.

The film is directed by Anshai Lal and written by Anvita Dutt, who has done a great job with its screenplay as well. The story of a girl ghost (played by Anoushka), who resides in a tree and is incidentally married to this young boy (played by Suraj Sharma) when he is actually made to marry the tree to ease his faulty stars.

The ghost decides that a marriage with the tree is not possible thus the fellow has been married to her. So the new ghost bride decides to join her husband since the tree has been demolished and groom is all confused. Finally, the actual bride (played by Mehreen Pirzada) steps in to sort out the problem, only to realise that the ghost is still in search of her lover (played by Diljit Dosanjh). And the real story starts.

Produced by Anushka Sharma and Karnesh Sharma under Fox Star Studios and Clean Slate Films, the movie is hilariously romantic and emotionally moving. 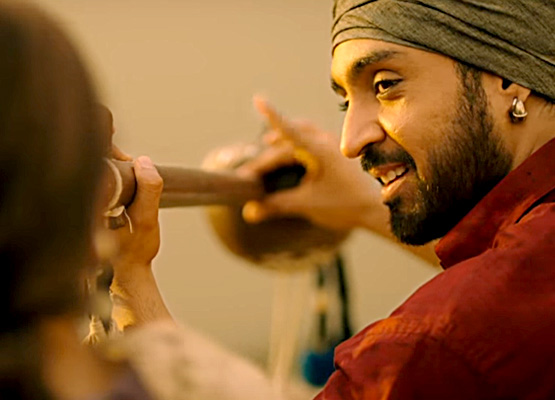 All set to be released this 24th March 2017, Phillauri promises to be a complete entertainment package. Watch out for Diljit Dosanjh as the soulful romantic singer, and Suraj as the perplexed young groom who s unintentionally married to a ghost! Not to miss the gorgeous Anoushka and newbie Mehreen Pirzada.