Within the legacy of Indian studio pottery, Bhopal based artist-ceramicist Shampa Shah is among the few whose vocabulary is rooted in Indian indigenous traditions. 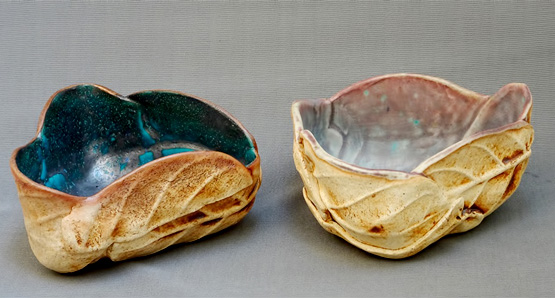 Shah, who has developed a distinctive style and vocabulary over thirty years of working with clay, will exhibit her pottery will an all new series titled, Hand Written in Clay presenting her Ceramic Art & Tableware.

In this series, the sculptural,’ non- utility’ forms will sit next to the functional, day- today ‘utility’ forms that reveal inter-connections only at a closer glance. 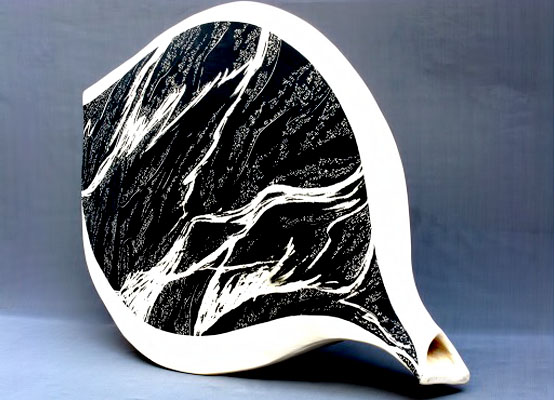 The sculptures of this series draw from day-to-day objects such as – a pitcher, a leaf, a flight of stairs, a grindstone, a bottle, grazing sheep, a coil of rope etc. The surface drawings reflect the landscapes and inner-scapes that Shah has subconsciously encountered over time. “About two years back, as an exercise to stay focused in the present fleeting moment I started making drawings with ink on paper. What emerged were landscapes from unknown space and time.”

Shah constructs each one of her pieces separately, layering and combining the various techniques to obtain the desired result sometimes which amounts to her firing it up to three times. 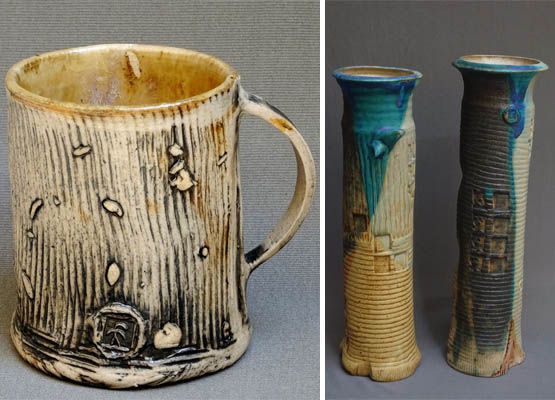 She uses a mix of wheel and flat work to create tactility in her forms.  “The spontaneity in my work comes from spending time with traditional potters Sehdev Rana, Neelmani Devi, Sara & Ibrahim Kasam, and Loknath Rana to name a few. My works are informed by their sensibility and handling of clay with minimal tools, and often use whatever surrounding natural elements they have to create textures.” reveals Shah.

Her complex visual language has an unexpected, almost raw quality that is inspired by indigenous tribal art, especially that of Madhya Pradesh. She has worked extensively with tribal artists as a curator at the Manav Sangrahalaya (IGRMS) in Bhopal and her works reflect her affinity towards earthy, muted colours and exposed surfaces.

Shah was responsible for establishing the department of ceramics at the Museum with the goal to ‘create a dialogue between contemporary ceramic practice and the traditional terracotta.’

Shah, who holds a degree in botany and forest ecology, connects with the tribal reverence for nature.