In the Realm of Myths by Sankha

A collection of art installations, paintings and Pop-up art by Kolkatta based artist Sankha Banerjee

The dialectical dynamics between myths and reality in India is quite alluring. The myths possess an exuding all-embracing attitude in its acceptance of multiple identities. And the dichotomy of myths and reality can also create a Babel-like chaotic confusion. 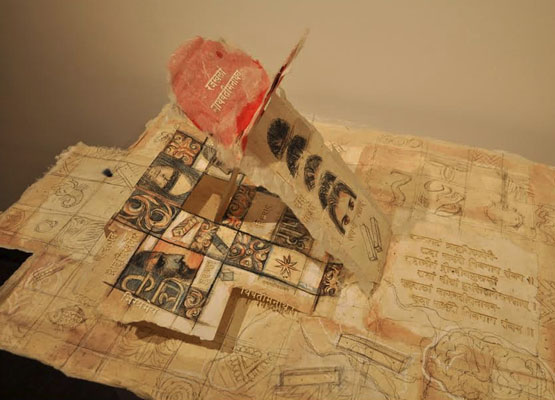 Anyone can experience the feeling of being a voyeur in the realm of Indian myths and its metaphorical narrations. In the annals of myths, stories have always been associated with multitude layers of grandeur to express the society and the people of India.

Myths can also speak succinctly about the society and its system. Even though myths derive and create philosophical turmoil within a social context. The forms and characters of mythical stories itself changes with changes in cultural, social and political contexts, and they seek to explore these trajectories within and also without the broader spectrum of time and space. 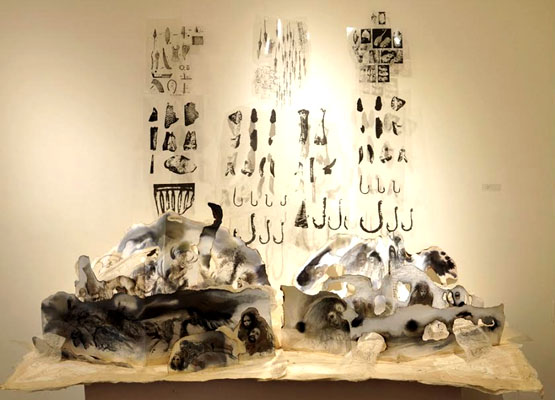 Myths also trek towards a vantage point-literally and metaphorically with the flow of human lives, in both their macro and microcosmic versions.

In the Realm of Myths is a solo exhibition of recent Paintings, Pop-up Arts and Installation by Sankha Banerjee. Here the artist endeavours the mapping of several myths of both ancient and urban society of India. 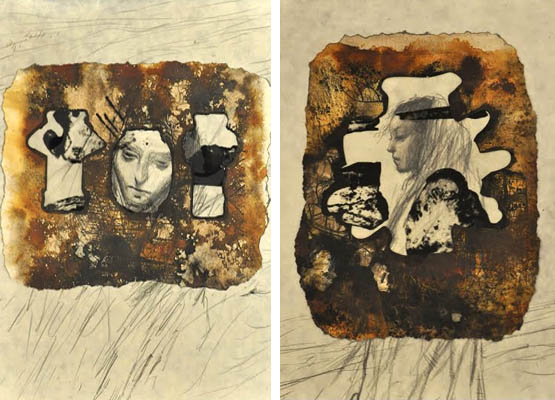 His recurrent viewing of humanity in myths and narration as leitmotif makes him view them through a magnified prism to understand them. Through his art he tries to address the multiplicity of narratives in a non-linear manner of a bygone era adjacent with present.

On display at the India International Centre, Annexe Art Gallery, from 21st -27th September, the exhibition opens up with a preview today 20th September 2016 at 18:30 pm.