Singer and Poetess Minu Bakshi is going to sing legendary Spanish Poet, Federico García Lorca’s compositions. She will be singing the compositions for the Embassy of Spain Event. To mark India’s 75 years of Independence, the nationwide celebrations will include the Embassy of Spain presenting their Indo-Spanish cultural events from 21st-27th February 2022 in the Capital. Her performance is a part of the week long celebrations. She will be performing on February 25th 2022 at Kamani Auditorium, New Delhi. So, the headline is, Minu Bakshi to Sing Lorca’s Spanish Compositions! 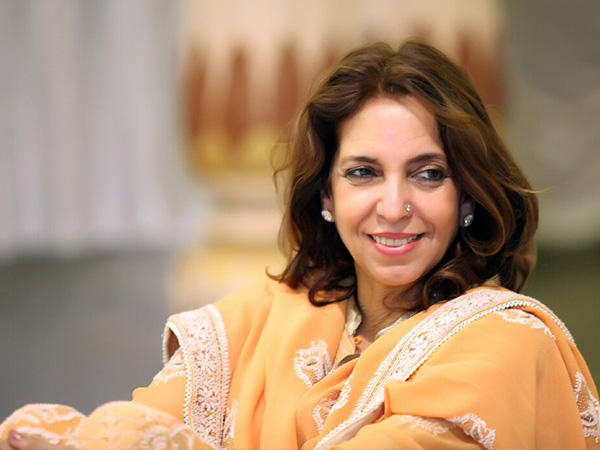 This year marks a significant date for India since she is celebrating 75 years of its Independence. And India has marked these celebrations under a yearlong festival called, Azadi Ka Amrit Mahotsav (AKAM). As a part of this, the Embassy of Spain in India is working on bringing cultural events celebrating the rich cultural heritage of both the nations. A major part of this event is presenting the most appreciated Spanish poet, Federico García Lorca. His works represent the European vanguard and surrealism of the 20th century. Additionally, they combine Spanish folklore, Andalusian flamenco, Gypsy culture, while exploring themes of romantic love, women’s rights and tragedy.

Therefore, to honour AKAM, the Indian artist and hispanicist, Minu Bakshi, will interpret ten celebrated Spanish songs. These are based on the 1931 performance of Federico García Lorca and La Argentinita. Minu Bakshi has dedicated her life to the study of the Spanish language and culture. Hence, there is no better Indian artist to interpret these songs. H.E José Maria Ridao, Ambassador of Spain in India expresses his delight to have Minu Bakshi on board. As she would be singing the popular Spanish songs of Lorca symbolizing the cultural sangam of both Spain and India.

Minu Bakshi was conferred with the 2nd Highest Order given to a foreigner by the King of Spain in 2014, ‘The Order of Isabella la Catolica’ by the Spanish Government for her contribution towards promotion of Spain and its culture. She is a singer with years of Hindustani classical musical training. Add to that, a professor of Spanish language at the prestigious Jawaharlal Nehru University, New Delhi. Additionally, she is also an accredited Spanish language interpreter for the Indian Government and Chairperson of the NGO Savera (a society for the uplifting of underprivileged women and children). She is also the former Chairperson of the UK Asian Film Festival, London. All in all, Minu Bakshi is a multifaceted and versatile artist.

Minu Bakshi says that she is overwhelmed with the confidence the Ambassador has shown in her. Apprehensive at first, she finally confirmed her participation realizing it was a chance of a lifetime to interpret a poet she admired since her student days in JNU where she did her masters in Spanish. Also, she always wished to do something special for Spain, a country that has bestowed such great love and honor on her. As the event is celebrating her country’s 75 years of independence, she felt that she needed to do her bit. For a country where she was born and raised and the other country Spain which she loves dearly and has some past life bonding.

When she was approached by His Excellency, the Ambassador of Spain, her first feeling was of joy mixed with a lot of apprehension. She expressed her doubts to him multiple times but he seemed to be confident and that led to the collaboration. 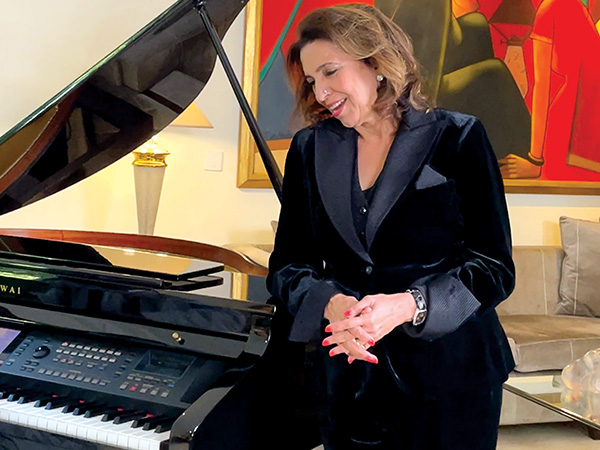 Minu expresses how humbled she feels to represent her country in this collaboration. It’s a really difficult task as the songs and their music are totally new to her even though she has studied Lorca’s poetry as a student. Singing them is a new experience as she is trained in Indian Hindustani music. For her to sing in a style which is alien to her is a challenge in itself. To memorized and to learn them in such a short time is tough. To add the Indian touch, she would be using the tabla replacing the castanets which is going to be very interesting.

The idea was floated by the Ambassador sometime in December after which he sent the recordings of the songs to Bakshi. She thought it through to figure out if she would be able to do justice to them. In fact, she had to hear them for almost 10 days to get the feel of them. Finally, in the first week of January she confirmed her participation.

The real challenge started then. To find her team of musicians as she mostly works with artists who play Indian instruments. And for this rendition she needed a Pianist as all the songs are sung only with the piano and castanets. She spent a week zeroing on who they could work with. By this time, it was already mid-January when the final dates of the event were announced. So, it was only one month considering all her prior commitments thus she had to arrange everything accordingly. 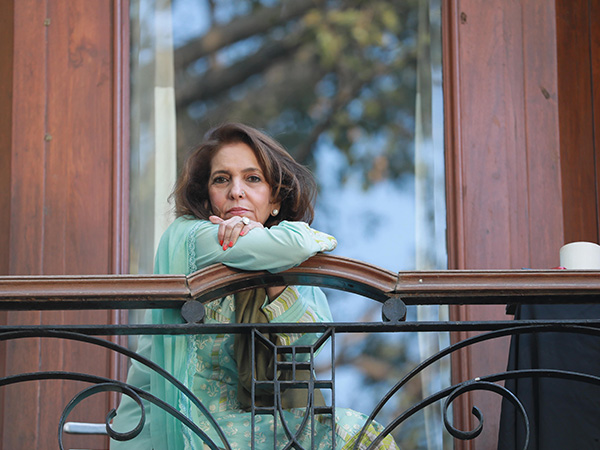 Consequently, Bakshi has been sleeping, eating and living these songs for about a month now and practicing every afternoon for about 3 hours for the last 15 days. And she concludes, “Even when I’m not singing I’m listening and trying to memorize the words as they were written almost a hundred years ago. So they are in a different style and the recording that I’m following was done in 1931 where Lorca, the poet, composer has played the piano himself. It’s not an easy task but we’re at it and I hope to make both the Countries proud.”