More Than Human beyond Morality and Individuality

MORE THAN HUMAN, beyond morality & individuality – an exhibition which will form an instant connectivity with its audience and will enable the viewer to escape into a world of fantasy, beyond reality, mortality and even humanity; beyond the mundane, stretching even beyond human capacity. 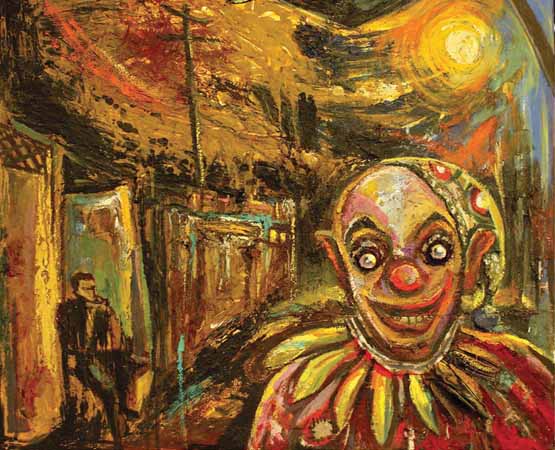 Individuality and belonging are ambiguous concepts that have tended to escape rigorous theories in a geographical sense. However, creating a world where boundaries of geography melt and reality transforms into fantasy, is the function of art. 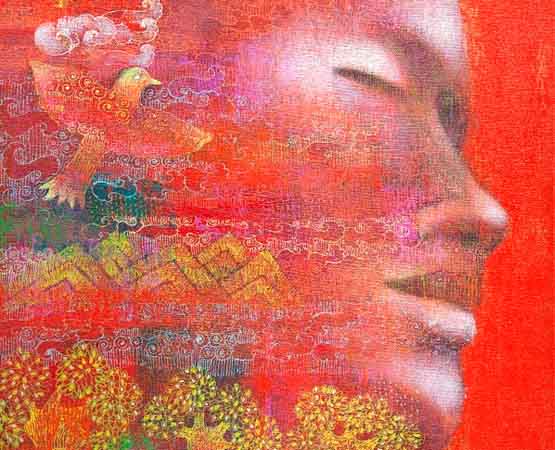 More Than Human traces the links between these stylistically varied artists. We find that each artist works with a certain sense of fantasy and mythology, albeit a contemporary interpretation of it. The show offers the viewer an escape into a world that is surreal and expressionistic, serving up serious concerns of urban apocalypse with a shade of humour and irony.

This interesting blend of masters and contemporaries in figurative & abstracts will allow the onlooker to form their own views about the exhibition. 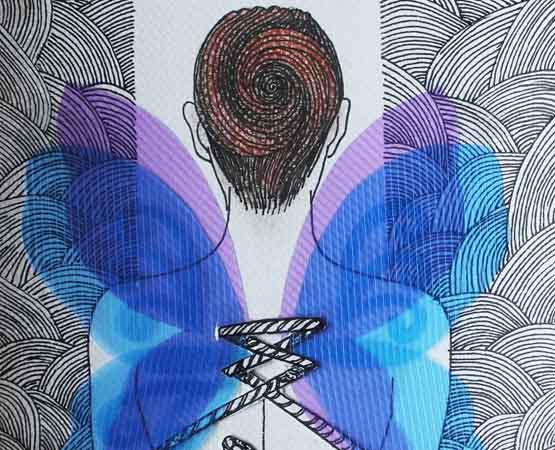 Senior artist Gogi Saroj Pal creates large-than life portraits of women that fill the entire compositional space, bringing a new significance to the term ‘Close-Up’.  Kanchan Chander’s series on Mexican artist Frida Kahlo is a tribute and wish fulfilment she has inserted photographic images of herself alongside offset prints of Kahlo’s iconic works.

Ritu Kamath’s series, titled Journey in a Strange Land, talks of the flight into an unknown world. It is based on the desire to break away from shackles. Shampa Sircar Das, creates a dreamy art world where the four elements, earth, water, fire and wind are in harmony with mankind. Shampa bathes her canvas in crimson celebrating the eighth guardian of the universe. 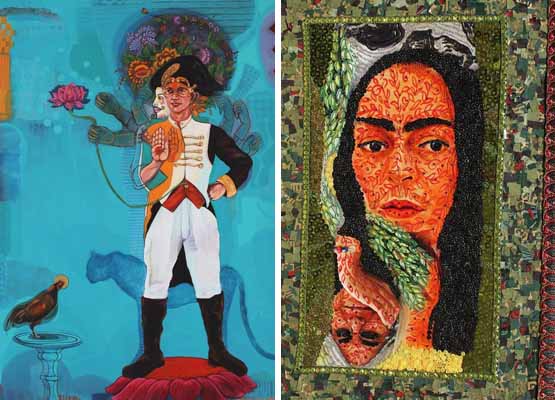 Satadru Sovan is a multi-disciplinary artist whose works deal with the world of fantasy that is created with the advent of social media like Facebook and Orkut. Anjum Khan’s Head 1 is part of a series where Anjum has focused on the modern city-bred Indian woman, who is young and fashionable with curly hair, alluring sun glasses and a direct almost challenging stare.

Pallav Chander’s series Conquering Gold, is laced with the ironies of life. The protagonist is fragmented and bears a tortured expression despite being immersed and surrounded by gold. Pramod Kumar’s series of portraits of anonymous people captures their metaphysical and inner energy, through a series of surreal portraits.

Amith Das’s work titled Mystery behind the smile capturing the tragic-comic aspect of clowns, lends a sinister feel to his depiction of the jester. Venus Thokchom has series of six portraits of North Eastern women where each is different from the other he belies an old cliché that all ‘chinks look alike’.

Hifzul Sheik Kabeer is known for creating mythical characters that draw on the art that surrounded him in his childhood in Jharkhand that is known for its rich heritage of folk art and Gond paintings.

The exhibition will start from 14th October till 5th November, 2016, at Art Explore, 23 Lakeside, Hauz Khas Village, New Delhi from 11 am till 7 pm.