To Bring to His Fans the Lesser Known Ray

We all know him as the greatest filmmaker of India. For indeed, Satyajit Ray Cinema today is a school in itself. What he created is not just fine cinema but a legacy for generations to come. But what most of us do not know is that his art extended beyond films. In fact, he was an artist first who ventured into various art streams and wherever he went, he excelled. That was the magic of Satyajit Ray. And to bring to his fans the lesser known Ray, there’s an exhibition showcasing some of his early work. On display at the India International Centre is PEN, INK, ACTION: SATYAJIT RAY AT 100.

Ray Between the Covers: PEN, INK, ACTION: SATYAJIT RAY AT 100

The exhibition presents digital reprints of his work, the book jackets illustrated and designed by Ray from his days at Signet Press. As a matter of fact, this exhibition showcases book covers designed by Ray. These include his own fiction and non-fiction work, examples of his calligraphic covers, word play with titles, buoyant and cheerful covers for children’s fiction, among others. The showcase is a part of the year-long celebrations marking the centenary year of Satyajit Ray, legendary filmmaker, writer, illustrator and music composer. It is only remarkable how he created the abstract, graphic play of designs eventually making the book cover an art in itself.

One cannot judge a book by its cover, however judge you can the creativity of its designer. The exhibition proves just that.

A multifaceted genius, Ray is remembered for his artistic abilities not just as a storyteller but also as a graphic designer and an illustrator. It was his strong aesthetic sense that led him to explore different mediums of graphics art. Eventually, leading him to become one of the greatest filmmakers of the world. Only an artist with a vision and undaunted spirit can create what Ray has.

He designed book covers, film posters, illustrated children’s books and had a mastery over calligraphy and typography. In fact, he has created numerous new fonts in Bengali and four Roman fonts. Add to that, even receiving an award for designing the typeface for Ray Roman. His knack for creating original artwork even if experimental, reflected sophistication and uniqueness, without having to compromise on aesthetics. Frankly, his artistic experimentations were all over his work. Throughout his career, sketching, graphic design and calligraphy merged seamlessly with his filmmaking.

From early childhood Ray was acquainted with the process of printing blocks, block printing and block carving techniques. Owing to the family owned printing press ‘U Ray and Sons’ he gained this exposure and experience. Later in 1940, he joined Santiniketan to study art under Nandalal Bose and Binode Behari Mukherjee. And thus met the two masters who instilled in him a love of Indian classical art.

Adding as a catalyst to all this, was a tour he took in 1941 to see the great masterpieces for himself. Ray visited Ajanta, Ellora, Elephanta, Sanchi and Khajuraho, assimilating the qualities that distinguish Eastern from Western art. Thus, helping him develop the ability to use the aspect of going in details to express something much larger. And this was greatly admired by his critics. 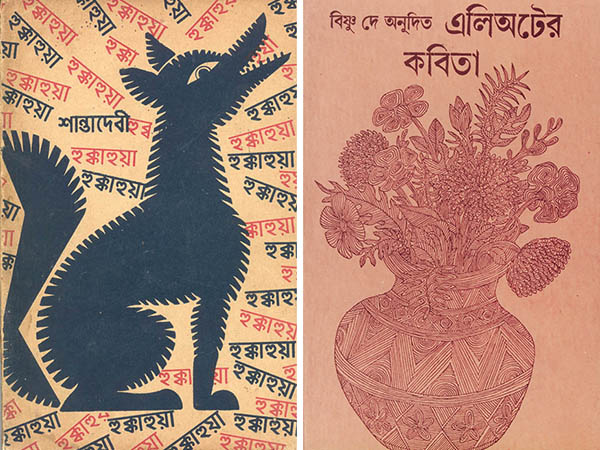 The Start of His Career

As a graphic illustrator, Ray started his career in 1943 as a junior visualizer at D.J. Keymer, present day Ogilvy. Back then, it was a British-run advertising agency where he established a strong reputation as an art director and designer. Interestingly, his advertisements often reflected his familiarity with different folk motifs, traditional day-to-day rangolis (in Bengal, alpana) or the pattachitra style of painting.

At the same time, Ray ventured out as a book cover designer for the newly opened pioneering publishing house, Signet Press. Eventually, designing some of his best book covers revolutionizing the book jacket designs in Bengali literary traditions forever! There is strength in his strokes and a definiteness in thought.

It is to be noted that at Signet a significant early assignment was the entire responsibility of layout, illustration and cover design of the abridged version of Bibhutibhushan Bandopadhyay’s immortal Bengali classic Pather Panchali. Most people who know Ray will realize how this stint later was of far-reaching consequences.

With an impressive portfolio of 5,500 book covers, posters, advertisement layouts and film titles and innumerable illustrations for Bengali fiction, both his own and others, Satyajit Ray encapsulated a fine blend of functionality and aesthetics of illustrations. On a closer look, the covers range from story compositions to quirk, even calligraphic simplicity.

Apparently, its a thoughtful selection of works bringing every aspect of Ray’s creativity. There is a lot to understand about Ray from this exhibition. All in all, its not just insightful but also a pleasure to watch. Today, these covers have become a collector’s item making the exhibition a must watch. 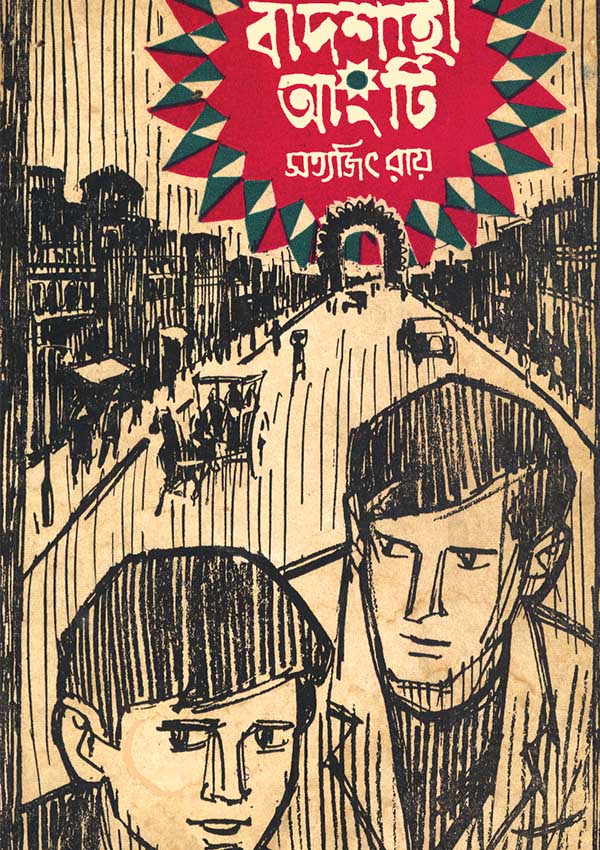 The exhibition ‘PEN, INK, ACTION: SATYAJIT RAY AT 100’ on view 18th February to 1st March 2022, 11 am to 7 pm daily. For further inquiries on this exhibition, drop your message in the comments box.