Through his vivid depictions of Sri Lanka’s rainforests, Senanayake draws the viewer’s attention to their rapid depletion. 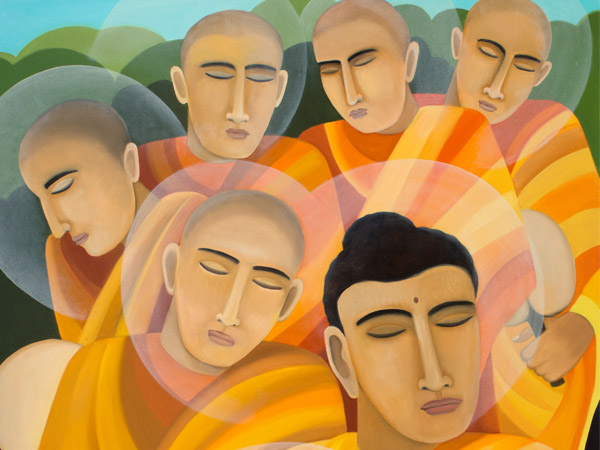 The exhibition features a collection of the artist’s​ ​highly​ ​sought-after​ ​rain​ ​forest​ ​paintings. Born in 1951, Senanayake is one of Sri Lanka’s leading artists. He studied Art and Architecture at Yale, which impacted his decision to make a career out of art.

Senanayake achieved early fame with an exhibition of works in Colombo in the late 1950s, and his first international solo exhibition in New York at the age of 10. Through his vivid depictions of Sri Lanka’s rainforests, Senanayake draws the viewer’s attention to their rapid depletion.

Each canvas takes two to three weeks to complete, as layer upon​ ​layer​ ​of​ ​paint​ ​is​ ​added,​ ​creating​ ​depth​ ​and​ ​luminescence. Speaking about his passion for the rainforest, Senanayake says, “​About twenty years ago my cousin, an environmentalist living in Ecuador visited us in Colombo and inspired me to paint images of Sri Lankan fauna and flora. I opted to paint the positive aspects of the rainforest rather than the destruction of it. As an artist, I felt I could use my medium to highlight the need to preserve the remaining rainforests of Sri Lanka where we have lost about 70% of this spectacular and irreplaceable environment.”

Commenting on the exhibition, Abha Housego, Head of Saffronart UK said, “​Saffronart is committed to promoting South Asian art, and we have held several exhibitions in collaboration with leading galleries in Mumbai, New Delhi, London and New York in the past. In collaborating with Grosvenor Gallery, we want to engage a larger and more diverse audience with Senanayake’s vibrant paintings of rain forests, and ​ ​ increase ​ ​ awareness ​ ​ beyond ​ ​ Indian ​ ​ art ​ ​ to ​ ​ include ​ ​ contemporary ​ ​ art ​ ​ from ​ ​ the ​ ​ subcontinent .” 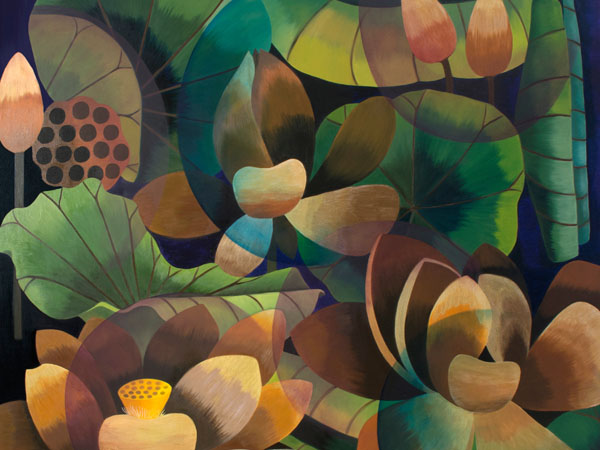 Senanayake has held over a hundred exhibitions around the world. His work has been commissioned  for the White House in Washington, DC, and the United Nations in New York. Senanayake’s paintings are part of several private and public collections. The show is preceded by a preview and a talk by writer​ ​and​ ​art​ ​critic​ ​Ina​ ​Puri.​ ​Artworks​ ​from​ ​the​ ​exhibition​ ​can​ ​be​ ​viewed​ ​on​ ​​saffronart.com​

​Saffronart  Founded in 2000 by Minal and Dinesh Vazirani, Saffronart is a leading international auction house, and India’s most reputed, with over a hundred auctions to its credit. It is headquartered in Mumbai, with offices in New Delhi, London and New York.