Curator Arjun Sawhney and Tania Le Fabvre in collaboration with Master Buddhist artist, Zeiko are delighted to announce the exhibition TARA: 21 Avatars of the Goddess. The Exhibit is co-presented by Simran Lal, CEO, Good Earth and Sussanne Khan.

The showcase is a dedicated body of work presented as an homage to the leading female deity of Buddhism in the true form of Thangka art. Thangkas often overflow with symbolism and allusion. The art is explicitly religious, all symbols and allusions must be in accordance with strict guidelines laid out in Buddhist scripture. 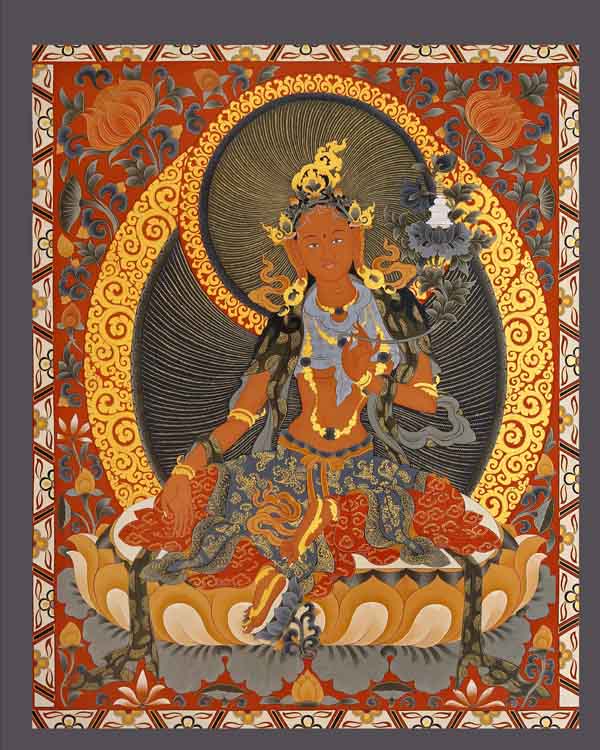 Tara is a tantric meditation deity who today, is worshipped both in Buddhism and in Shaktism as one of the ten Mahavidyas. Thangkas serves as important teaching tools unfolding the life of the Buddha, various influential lamas and other deities and bodhisattvas. The art of Bhutanese Thangkas exemplifies legends, stories and deities from Mahayana Buddhism. 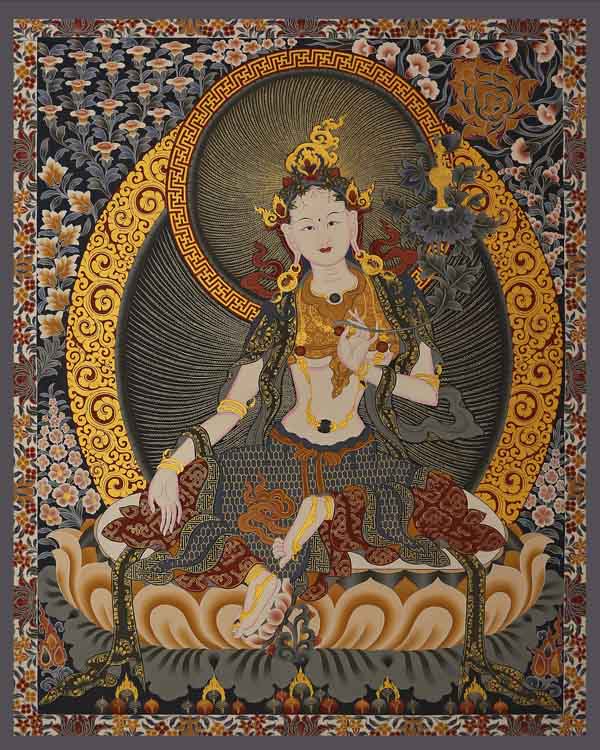 Curator Arjun Sawhney says, “The show is called TARA – 21 avatars of the goddess. The TARA is the leading female Bodhisattva goddess in Mahayana Buddhist mythology and is the leading God of the country of Bhutan. She has 21 avatars. The form of the Tara remains the same but colour of the body and the symbolism which is what she holds in her hand, whether it’s a rabbit or a lotus also changes. Therefore, the energy of that Tara changes. So each Tara has an individual caption and has a different meaning.

A very close friend of mine, Tania Le Fabre who is married into the royal family of Bhutan introduced me to this form of art. Together we decided that we should take this art out of Bhutan and show it to the rest of the world.

It’s been kept alive by the patronage of the royal family who commissions the master artists to do works for the government buildings as well as for their royal palaces and this is the first time really when they have worked for an art show of this sort outside of the country. So Tania and I collaborated and it’s been a long 3-year collaboration and this is the result of this collaboration.”