The art beyond borders and boundaries– Afghanistan Contemporary Art Exhibition

With love, from Afghanistan 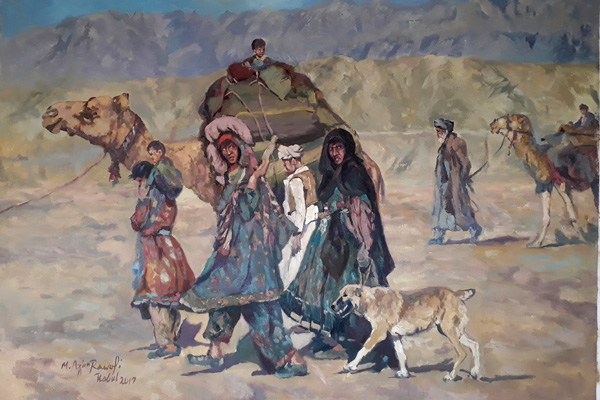 Afghanistan, a land of enormous beauty and humanity has been in conflict for decades. Hundreds of thousands have been forced to leave their country, in fear of their lives. Hardly a day goes by when there isn’t news of bombings and terrorism, even today. 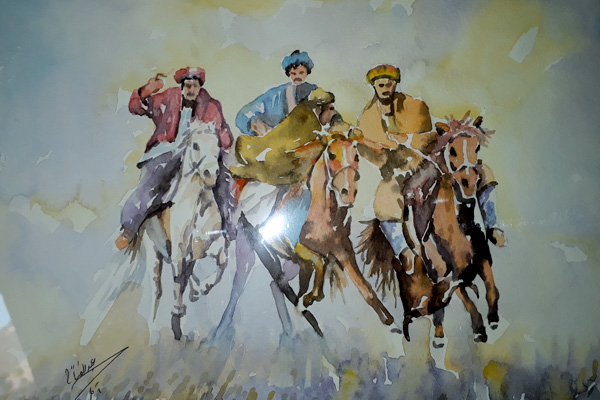 Yet, life in Afghanistan, goes on. Men and women go to work, children head to school and the markets are filled with the juiciest of fruits and vegetables. The dawns and sunsets are still remarkably beautiful. And artists, create.

Afghanistan’s art scene has seen a revival since the fall of the Taliban in 2001. Contemporary art reflects on what happened in Afghanistan during the past decades and the current challenges. Most artists have not had formal art training and paint what they see, with what they have. There is widespread mistrust of artistic expression, especially when it comes to women artists. Due to security reasons, there are few public exhibitions of artwork and with the downturn in the economy in the last decade (because of escalating violence) there are few takers for the artworks. 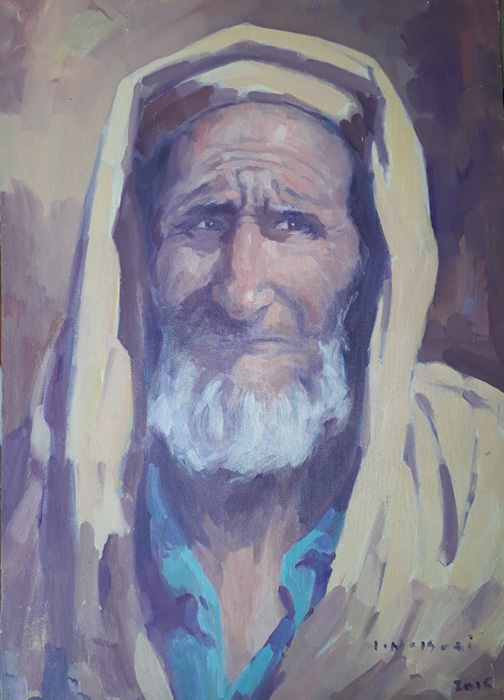 Since 2002, the Afghan fine art painters have conducted exhibitions within Central Asia and Europe. Their oil and water colour paintings are in the realism style, as that is what most Afghans prefer. Contemporary art has seen a remarkable resurgence, especially since 2009, when international funding for the arts has flowed into Afghanistan from the United States and Europe. In recent years, this has declined. 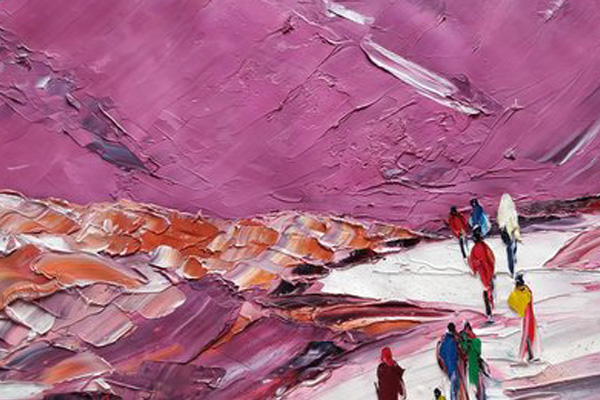 Mohammad Salim Attaie
Born in 1972, Salim Attaie came to the art world in 2001. He started Gallery Nootaq (meaning starting from scratch) in 2002. The Art School faculty visiting his Gallery admired his style and ecouraged him to take in students and mentor them.

At the age of 16, Attaie had to sign up for the Army to fight the Russians, who were then occuping Afghanistan. “I have seen so much bloodshed, I think the stories would fill a book, he says.” He left the army when he was 20, and did whatever he could to earn a living: selling tea, working in construction, pedalling dry fruit. Sometimes he doesn’t even remember the things he’s done, he says with asmile. He began picking up and selling art. He also started painting.

Attaie is a self taught artist. He bought paintings and sold them, things that people threw out. His dream is to have an art gallery in India so he can sell his and the paintings of othe artists from Afghansitan. “I want to build a future for my children,” he says.

Attaie has curated several shows in Kabul, an exhibition at the United National Asssitance Mission in Afghanistan (UNAMA) and at the Office of the President of the Islamic Republic of Afghanistan.

Abdul Fatah Amar
Born in 1955 Abdul Fatah Amar studied art at a Vocational School in Kabul. He started painting in 1977 and has more than 100 paintings to his credit – in watercolour, steel tip and oils.

Mohammad Azim Rawofi
Born in 1964 Rawofi is General Manager of Literary programmes of Afghanistan Radio and TV (RTV), the state media agency. He has been painting for over 30 years and has more than 200 oil paintings to his credit.

Mohibullah Attaie (Moheb Sadiq)
A self-taught painter, Moheb Sadiq started painting in 2011, as a visualization of one of his poems. He says, “The only paintings I have done are of war in my country. But, I was afraid of these images, so I took them off my wall and had my brother sell it. I didn’t want it around.”
Moheb’s paintings are an escape into vivid colours and dramatic strokes. “I want a city of people having jobs, of busy shops and movement of peace,” he says. “It’s imagery, I know but it’s my desire for Afghanistan.”