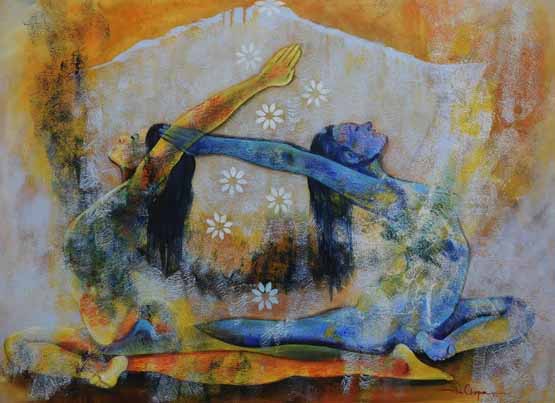 A collection of artworks, Warp n Weft, by artist Ritu Chopra is scheduled for its opening ceremony on 16th March 2016, 5:30 pm onward at the Palm Court, India Habitat Centre, New Delhi. The Show will be on display till 20th March 2016.

Ritu Chopra’s exhibition consists of artworks in abstract genre, based on Kabir’s verse, ‘Jhini,jhini bini chadariya’ wherein Kabir talks of the body as the cloth spun by God, having the subtle energy channels, the ingla and pingla as the warp and weft. 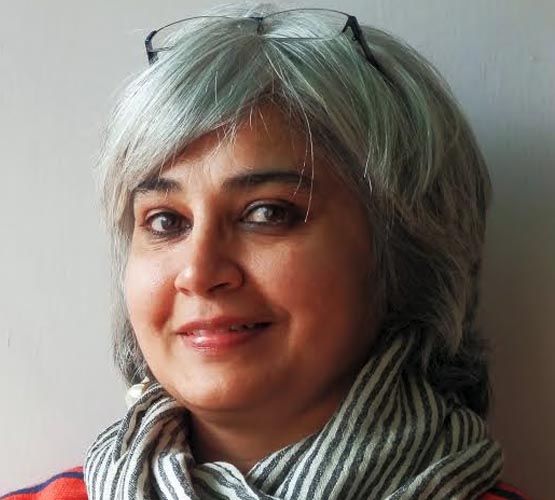 Ritu is so inspired by Kabir’s simple couplets that she had, in the past, painted a series using figurative imagery. As her art matured, she has visually translated the verse in abstraction form. She leaves the viewer with a poignant question if we are conscious of our own clothing (soul) and are we taking care of it? There is strength of form and balance of composition in her current works. She uses the related relevant chromatic hues in each artwork. There will be around 30 artworks on display. 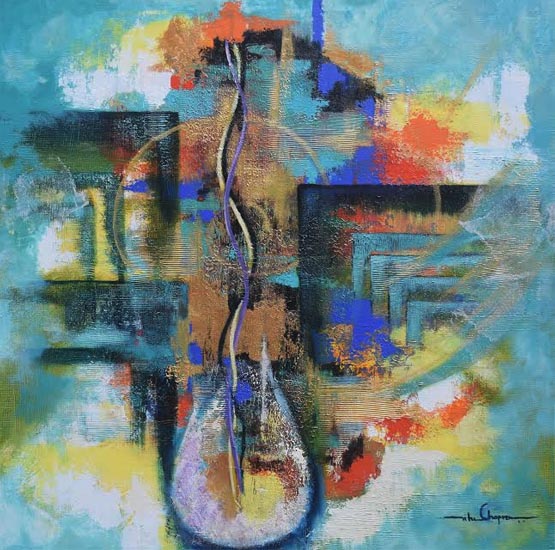 ART CRITIC Renu Rana talks about Ritu Chopra, as an artist and her work Growing up in the spiritually and culturally rich city of Ujjain always had an impact on her creative thought process. In 1986, she started her art journey with a group show at Kalidas Academy in Ujjain with paintings that depicted women doing their daily household chores and working on the street as labour force. 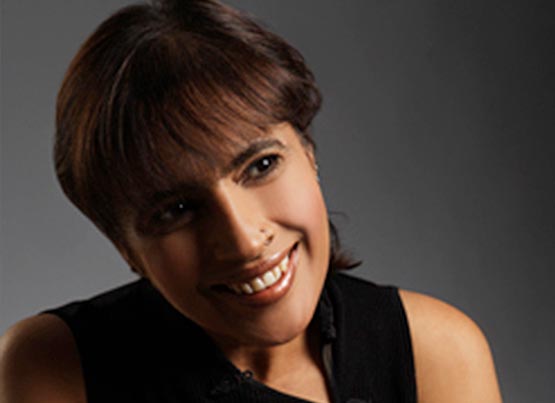 That was a stage where she painted through her eyes. What she saw was reflected on her canvas. Since then, female forms, as a subject, keep emerging in her paintings. Figurative was her style then.

A decade later, she made a humble attempt to depict the mysticism of Sant Kabir’s simple yet meaningful couplets and poetry with oil colors on canvas. She used direct symbols and objects to generate imagery for his thoughts. It was a tough visual translation. The couplets of Kabir are simple to understand but exacting to transfer on canvas. 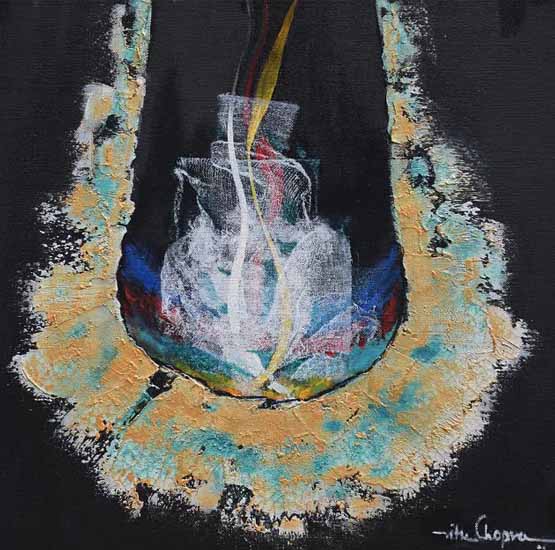 In the year 2011, inspired by her own ability to put to canvas a myriad of thoughts and feelings she ventured into experimenting with storytelling. Her style diversified into the narrative form using Radha, Krishna and the flute as the protagonists. Using the unspoken overtures of their body language and purposefully restraining depiction of any facial expressions she made vibrant use of colors in displaying the chemistry between the two and added life to the paintings.

Ritu Chopra’s affair with the visible world, kept her on her toes. Travel that has infested her blood took her to the less travelled regions of the North. 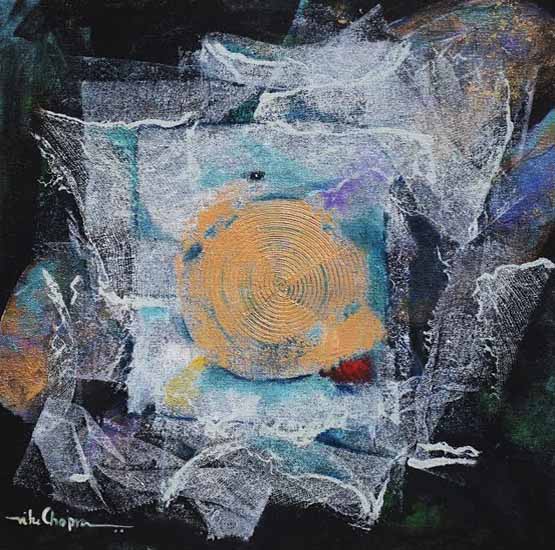 Drawing from her experiences in trekking in the mountains, Ritu Chopra presented a miscellany of her recollections of the spirituality embedded within the Himalayas, titled “Abode of the Gods”. The collection of her works was based upon her actual wanderings in the high passes and meadows and illustrates her perceptions and experiences during the period. Her works portray everlasting grandeur of the mountains and their connection with mysticism ingrained within the region, neither of which can be separated from the other.

She is an artist who has opened her heart to newer experiences with the innocence of a child. She imbibes the vastness of the universe within herself. And, that what is within her has to be expressed. And what better medium than art! 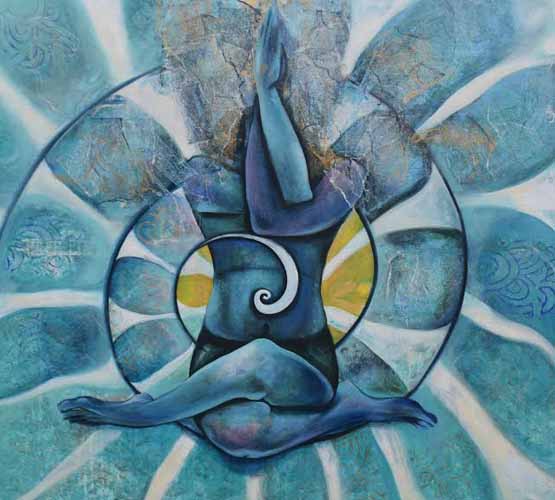 A trip to the monasteries of Leh, Ladakh, moved her to a new tangent. The spiritual art of the mandalas and the depiction of the goddess Tara Devi made her bring out the new learning on to the canvas. Creating any series of paintings is like a journey for her. She dedicated her inner expressions to the Devine Devi and Shakti attributes that are present in the women of the world.

The beauty in Ritu Chopra’s art is that her physical experiences find resonance in her paintings. She does not adhere to technique and keeps moving to novel forms that appeal to her. With every series that she paints, she introduces the freshness of a raw artist.

She has done 8 Solo and 45 Group Exhibitions in India and abroad. She has worked on different subjects and medium. Her style of paintings in the past remained mostly figurative, but now she has ventured into the world of abstraction. Line has not become irrelevant but less structured, the chromatic flow has become harmonious and the strict boundaries of form have evaporated.