‘Yesterday, Today’s Tomorrow’ is an art exhibition that also celebrates the 60th year of Alliance Fancaise de Delhi and its Gurgaon Centre by bringing together some remarkable art works by artists across the nation. 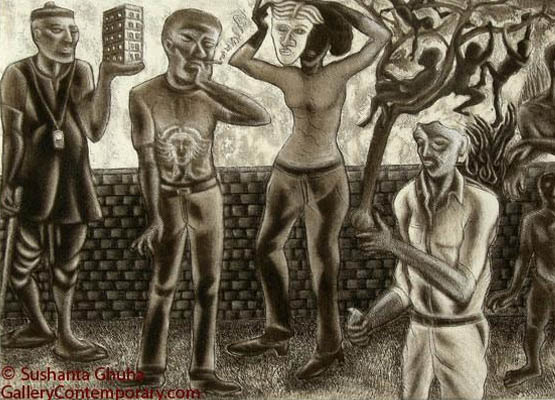 Time is not measured by clocks, but by the moments gone by, and Alliance Fancaise in these last six decades has had its fair share of some great moments to look back which have culminated into making it a brand name to reckon with.

Four artists – Anoop Panicker, Joe Demetro, Sushanta Guha and Swastik Pal will collectively display one thing in common in all their works, the notion of Time. 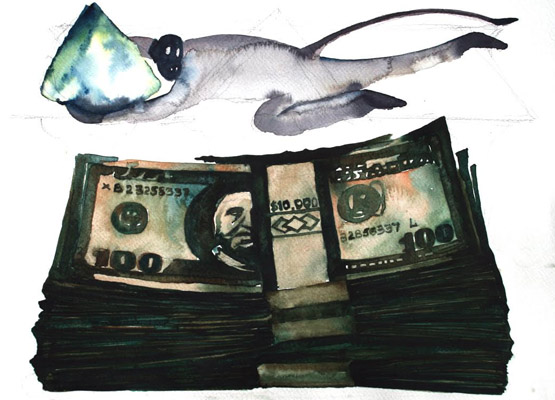 “The works presented here, under the title, Areal Encounters, are a visual adaptation of a few popular Indian myths. Predominantly, the adaptation of two mythical characters, Hanuman and Shani (Saturn) and their areal encounter while the former was airborne on a specific mission to fetch the life saving elixir Sanjivini from the Dronagiri herbal mountain.” 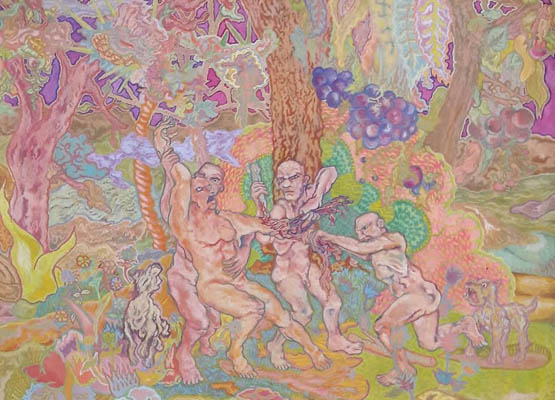 “In the works here, the presence of Shani is depicted through heavy machinery containing steel, the metal representing Shani. Along with the mythical encounter from the past, there is also a view that stretches into the future, an era of economic and technological supremacy. The image of Hanuman presented here is derived from the style seen in the Kalighat paintings of West Bengal,” explains Artist Anoop Panicker. 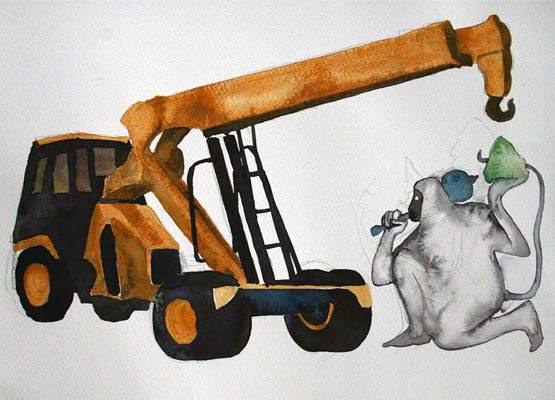