The exhibition has on display, some of the most remarkable baroque paintings by Cristóbal that have never crossed the boundaries to be in the United States

Come July and The Met opens to a grand exhibition of paintings by the famous Spanish artist, Cristóbal de Villalpando, a name well known not only in the European art world but across the globe, since the late 60s. 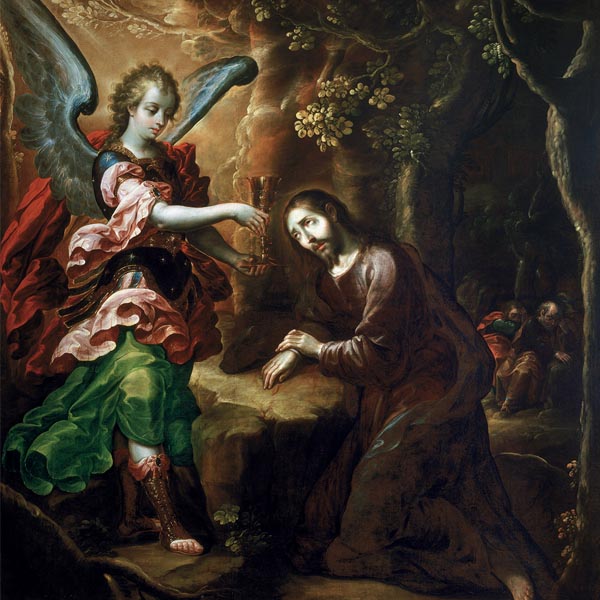 Cristóbal de Villalpando, was highly instrumental in bringing the baroque art to the viceregal Mexico, creating artworks for many of its cathedrals as well as the city and arose to be an extraordinary lead painter in the 1680s with his fine skills and talent that made him one of the pioneers in the world of art back then.

Born in 1649 to a well-established family, Cristóbal served in the militia as well but gained immense prominence as one of the most innovative and accomplished artists of the Spanish World. 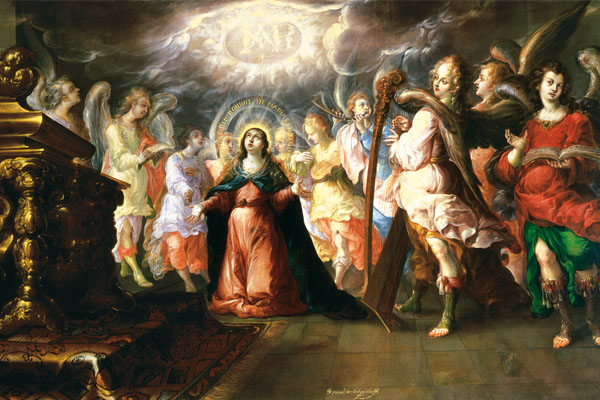 The Exhibition at The Metropolitan Museum of Art opens this July 25th with one of his earliest masterpieces, a 28 feet tall canvas painted in 1683 that has never been exhibited outside its place of origin, a chapel in Puebla Cathedral depicting the biblical accounts of Moses and the brazen serpent and the Transfiguration of Jesus.

This painting—the first in a series of important ecclesiastical commissions—marks a breakthrough in Villalpando’s work, in terms of its grand scale and its audacious conception and execution. He signed it Villalpando inventor, an inscription that distinguishes the artist’s intellectual achievement from his manual skill and asserts his professional status as the learned practitioner of a noble art. 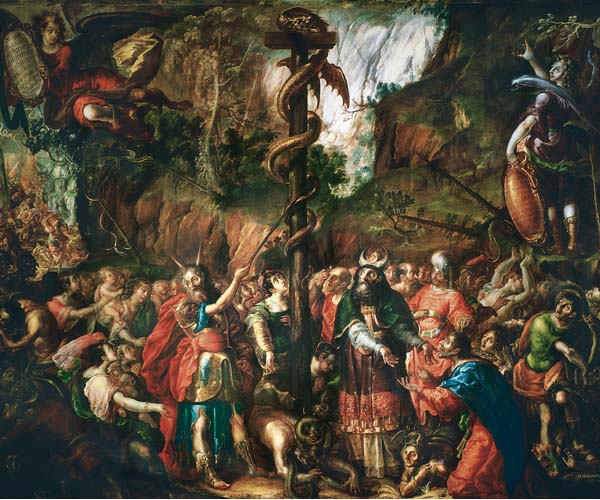 In a bold and erudite arrangement, Villalpando juxtaposed the Old Testament story of Moses and the brazen serpent with the New Testament account of the Transfiguration—an unprecedented pairing of subjects. The two biblical events are staged within a single, continuous sacred landscape that encompasses the wilderness of Exodus and the holy mounts of Calvary and Tabor.

Life-size figures of every age and gender, clothed and nude and in an astounding variety of poses and attitudes, populate the composition. The painting’s lower half features the story of Moses making and using the image of the brazen serpent according to God’s instructions to heal Israelites bitten by poisonous serpents. 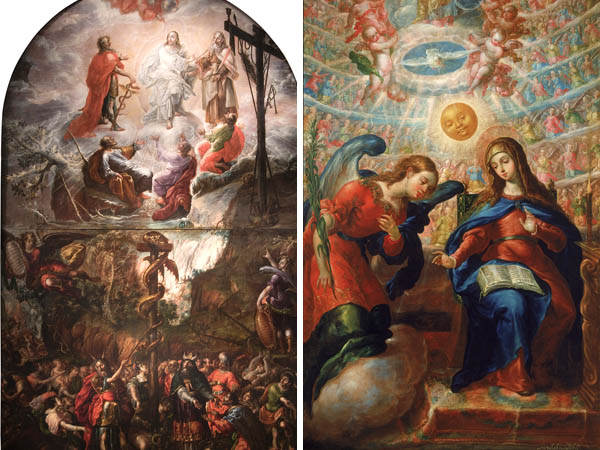 This episode provides a scriptural precedent for the making and use of images in worship, while also affirming the importance of art and artists. The upper half of the composition represents the transfiguration of Jesus’s corporeal body into light, a scene that demanded nothing less than the materialization of light in paint, which Villalpando attained through shimmering color and fluid brushwork.

The exhibition has on display, some of the most remarkable baroque paintings by Cristóbal that have never crossed the boundaries to be in the United States, including the recently discovered ones- namely, The Holy Name of Mary, (from the Museum of the Basilica of Guadalupe) and Adoration of the Magi, (on loan from Fordham University). 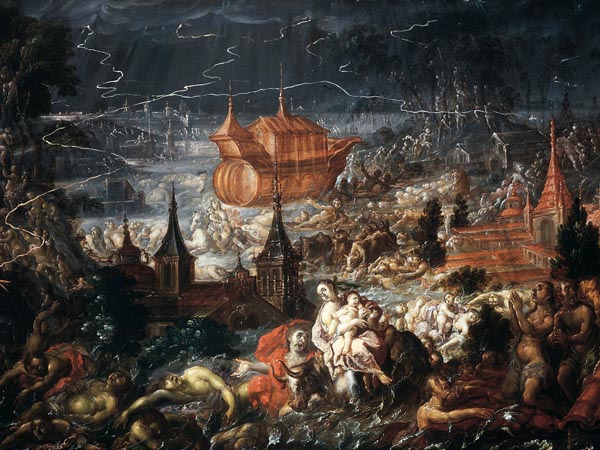 Ten additional paintings by Villalpando will demonstrate his intense striving as an inventor; his great originality and skill; his ability to convey complex subject matter; and his capacity to envision the divine.

The exhibition is organized by The Metropolitan Museum of Art and Fomento Cultural Banamex, A.C.Additional support is provided by the Ministry of Foreign Affairs of Mexico (SRE), AMEXCID, and the Consulate General of Mexico in New York.

Villalpando was celebrated in his lifetime, rewarded with prestigious commissions, and honored as an officer of the Mexico City painters’ guild.

The exhibition was curated by Ronda Kasl, Curator of Latin American Art in The American Wing at The Met; Jonathan Brown, Carol and Milton Petrie Professor of Fine Arts, Institute of Fine Arts, New York University; and Clara Bargellini, Professor, Instituto de Investigaciones Estéticas, Universidad Nacional Autónoma de México. The work of Dr. Brown and Dr. Bargellini was commissioned by Fomento Cultural Banamex. At The Met, the exhibition is designed by Michael Langley, Exhibition Design Manager; graphics are by Mortimer Lebigre, Graphic Designer; and lighting is by Clint Ross Coller and Richard Lichte, Lighting Design Managers, all of the Museum’s Design Department. The restoration and installation of the Mexican loans was supervised by Agustín Espinosa, conservator of Fomento Cultural Banamex.

The Exhibition will be on display till October 15, 2017 at The Met Fifth Avenue, Ground Floor and Floor 1, Robert Lehman Wing, Galleries 955 and 963.

Prior to its presentation at The Met, the exhibition was shown at Palacio de Cultura Citibanamex – Palacio de Iturbide, Mexico City (March 9–June 4, 2017).