Watch the TeaserTrailer of Rock on 2

They are back; Magic, with its members and a new addition! Rock On 2, starring Farhan Akhtar, Arjun Rampal, Purab Kohli, Prachi Desai, Shraddha Kapoor and the musician-actor Shashank Arora, in the sequel that rediscovers life, music and relationships for each one of them. 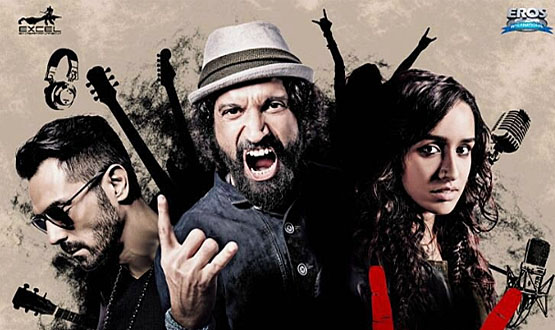 As usual, Shankar-Ehsaan-Loy have created a foot tapping rock music for the film while Shraddha Kapoor who specially got trained by Samantha Edwards (Priyanka Chopra’s vocal trainer) has sung three songs in the movie.

From the umbrella of Ritesh Sidhwani and Farhan Akhtar, directed by Shujaat Saudagar, the film was shot in the picturesque surroundings of beautiful Shillong, Meghalay. Watch out for the thrilling trailer just out. The movie is scheduled to be released on Nov 11, 2016.