Becoming Epic – Myth, Legend and Folk Tale through Colour and Sound is a five part series of movies by Tarq Gallery in Mumbai focused at bringing different perspectives from various cinemas of the world.

The screening of Ashik Kerib is the third of the five-part film series titled ‘Becoming Epic – Myth, Legend and Folk Tale through Colour and Sound’.  Ashik Kerib (The Strange Lover) the 1988 movie has been directed by Sergei Parajanov and David Abashidze (Georgia SSR, Azerbaijan SSR).

Conceptualized by Elroy Pinto, the Mumbai based film scholar, the screenings carry a series of essays with same titles by Pinto.

Ashik Kerib, inspired by Mikhail Lermontov’s 1837 story is about a minstrel who has to earn riches before he can get the hand of his beloved, Magul-Megeri. As Ashik Kerib traverses through the land, we enter into a pure poetic vision of cinema, one that’s built in childhood reverie of Parajanov.

Parajanov is renowned for developing the epic idiom through a Tableaux version of cinema. Ashik Kerib flourishes through a poetic movement that is amalgamated with his understanding of Persian miniatures.

Parajanov’s evocation is not limited to strict iconography and reproduction of miniature positioning, but it is in carefully conceptualized and developed rhythmic intensities that visually manifest themselves through the repeated actions and constant fixed movement. 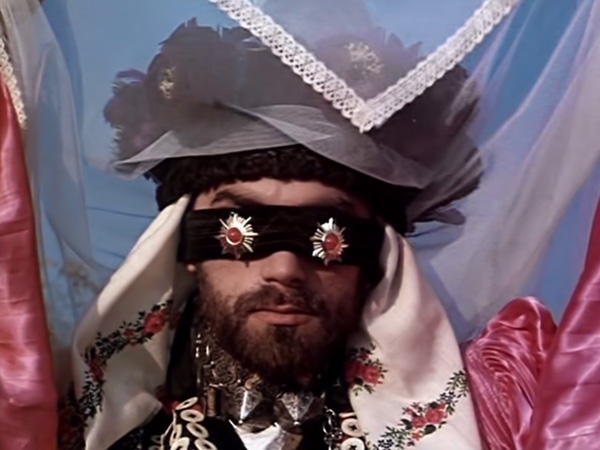 Parajanov extends us an invitation to our own reverie, it registers in our inner being. Colour, sound, reverie thus establish themselves as cohesive elements of nature that reject western conventions of narrative cinema.

The Russian Cinema Council has not only granted the permission to screen this film but has also been highly instrumental in augmenting the cultural ties between the two countries through shared cinema concept.

The screening is free but its limited seating! To reserve a seat, please RSVP at Insider.in