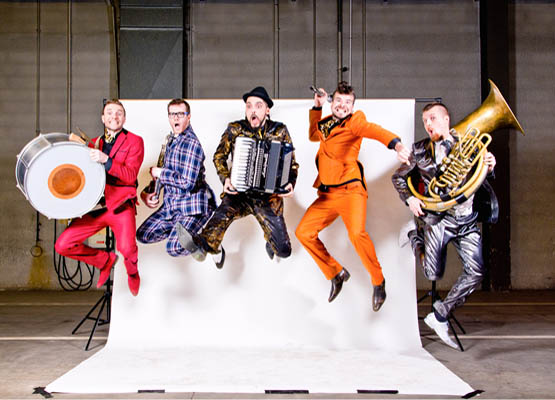 The band is called La Fanfare Couche Tard, which literally means Night Owls’ Band! A group of fine extraordinarily talented five musicians who don’t believe in boundaries, they have played at the club, on the road, in a tent and on a barge, for a few and the world at large, the band says we know only music and we play it anywhere and for everyone!

And after more than 250 shows in and around Europe in the last seven years, the band is here in India to explore the eastern shores. All set to perform in Delhi, Kolkata, Pune, Chennai, Mumbai, and Bengaluru, La Fanfare Couche Tard, brings you the best of their music.

If you still haven’t seen them play, catch a glimpse of their music right here and read on to know what makes the five a band! 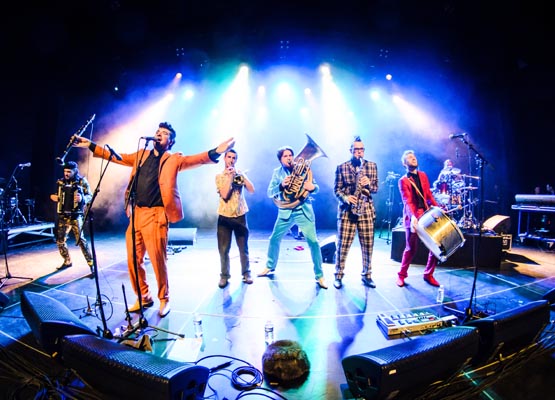 The Making of the Band…
We already knew each other since several years from music school, previous bands and summer camps. In July 2009, we get together for holidays to hit the road and had fun playing on the streets of south of France. Then, we returned home and realized a band had risen. The FANFARE Couche Tard was!

The Name- La Fanfare Couche Tard
Everyone proposed names and after a vote, we decided to be “La Fanfare Couche-Tard”. ‘Fanfare’ is for the use of a brass and wind instruments, but also because of the fact we often play unplugged in streets or events. ‘Couche-Tard’ stands for ‘Night Owls’ or ‘who go to bed late’; we like to play in the evening and let the party go on till late. 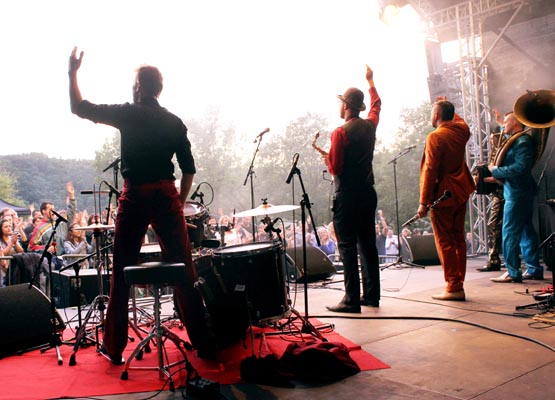 Here’s the Insight:
Grégory Blaud who plays Clarinet is also a singer in french band, Flying Orkestar. Grégory is a great clarinet player, truly inspired by Klezmer and Balkan way of playing his instrument.

Florian Valloo plays Saxophone is one of the main composers in la Fanfare Couche-Tard but also in other bands such as NAAP, he’s mainly fond of traditional Balkan saxophone playing and experimental music.

Nathanael Bianconi plays the Accordion and as the two guys above, he’s one of the only musicians playing this kind of music in our region in France. That makes him precious! He’s a free mind musician, deeply passionate about his art and our music.

Patrice Komlanz plays Sousaphone and he is actually the one man band! Patrice can play so many instruments we have stopped counting! He has a great brassy sound and has also composed several great tracks for the band.

Robin Veyssière plays Percussion, Battery says, “I may be the ‘rock’ influence of the band. I like very simple rhythms and powerful beats on stage. Besides music, I also ‘manage’ the band.”

The trip to India…
We first contacted the tour booker for French Alliances in India, Prutha Narke, in October 2014 and then we met in Paris on a music convention. She was totally interested at once and after several months of talking, gathering partnerships and all, the tour got finalized in Fall 2015, thanks to her and all of the French Alliances which are part of this event in India. 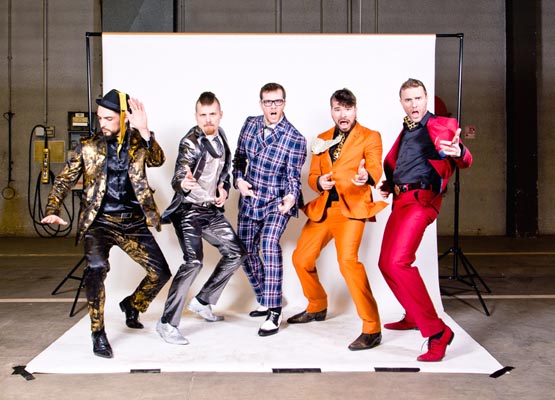 The most memorable moment for the band till date
We have so many! But if we had to pick one, it would be when we first played in London for our new album release tour a few months ago. We were proud to present our new tracks and the crowd was amazing.

Also, several years ago we played in a great Museum in Metz, France. The museum curator, in the middle of the show, had to suddenly take away old priceless statues on display because they could have been damaged by the dancing crowd. Another day, in a big festival in Belfort, France, we nearly reached the world record of ‘the conga’ as hundreds and hundreds of people grabbed each other by waist or shoulders to parade in front of the stage…

Made for India…
Spoiler! (laugh) Indeed, we especially have 3 brand new music tracks for this India Tour. One is pretty funny with surf music and rhythmic voice solo, the two others are kind of traditional Balkan music but with some rock influences.

We recently spent several days working on it but also on a new set-list. We hope people will like it! 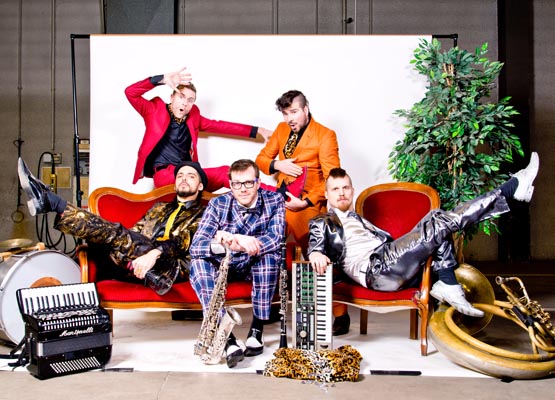 Explore India?
Unfortunately, we may not have so much time to visit and discover this great country as we play and travel all the time but anytime we can, we’ll be outside, following precious advices on what to see!

But we might just have a tour report video of all the places that we perform in!