A ‘No’ is a no. Its that simple. Yet, it is not easy for men in developing nations and especially the ones transitioning from orthodox societies where women are stepping out of the conventional systems and taking a stronger stance on most things, to understand that women who are modern in thoughts and actions are not to be taken as lose in character. 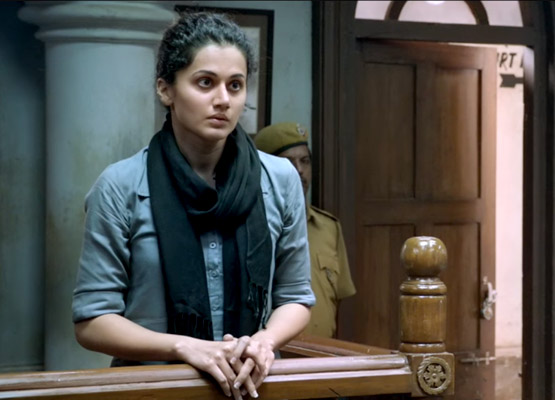 The theme for Shoojit Sircar’s latest Bollywood thriller-drama, PINK, is a subject well tackled. When three young women meet another bunch of young men during a rock concert, they decide to hang out for some more time, including a dinner together, and this makes for the plot.

After a long time, Bollywood presents a powerful social cause that most young modern girls face and yet, it is not understandable for the society. Amazing acting by all the cast, Tapsi Punnu, Kirti Kulhari, Andrea Tariang, Piyush Mishra and Amitabh Bachchan.

A very strong screenplay where not a single scene seemed like a minute’s waste of time, the movie has very crisp, calculated and complete dialogues.

I liked the bit how Shoojit handled the main agenda of the movie rather than wasting scenes on paraphernalia. Although, I feel the court argument missed out many things that could have been included, yet, whatever was presented also seemed to suffice.

The background score is brilliant and I loved the number- raat. Aniruddha Roy Chowdhury has done an excellent job as the director.

The biggest strength of any movie maker is to captivate it’s audience throughout, and PINK, does, just that.

Kudos to the team who managed to hold the suspense till the end.

GlobalFashionStreet rates it at 5* stars out of 5. A must watch for all adults.