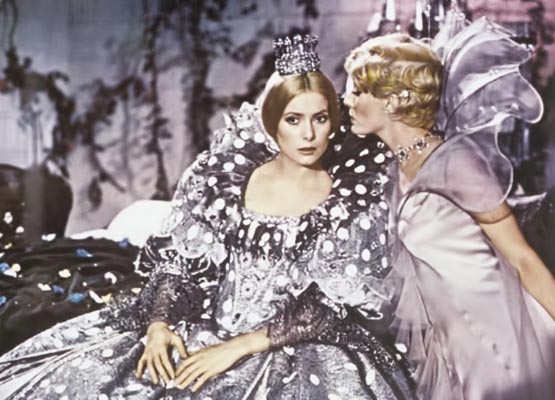 A still from the movie, Peau d Ane The Donkey Skin
2luxury2

Peau d’Âne, literally means Donkey Skin, based on the fairytale by the same name by Charles Perault, this 1970 French Musical is a 90 minute movie directed by the famous Jacques Demy who wanted to make this movie since early childhood and started working on the script since 1962. The music of the movie is by iconic Michel Legrand who has to his credit, some of the best French musicals of that time.

The amazing rendition tells the story of a King who had promised his dying wife to marry a girl as virtuous and beautiful as she and realises the only person who fits the bill is his own daughter! Hell bent upon keeping the promise, the story revolves around the girl’s escape from this incestuous marriage with the help of her Fairy Godmother, The Lilac fairy, and falling in love with another prince to finally get married and solve the problem.

On her fairy Godmother’s advice the princess keeps asking for a series of extraordinarily impractical nuptial dresses, like the colour of moon, sun and lightening but to her utter disappointment the Kind succeeds in fulfilling all the wishes. Finally, after asking for magical Donkey skin, the princess flees to another kingdom. 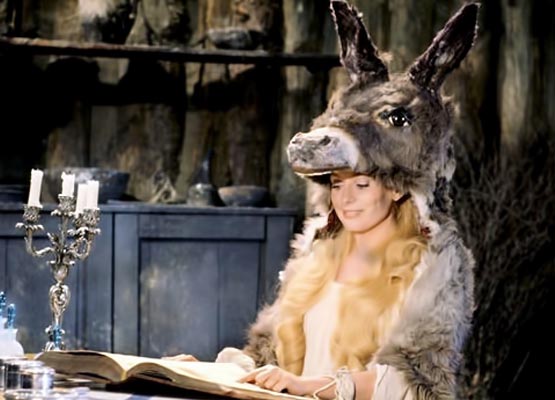 A still from the movie, Peau d Ane The Donkey Skin
Catherinedelors

The movie was a huge hit back then and thanks to Alliance Fancaise deDelhi, here’s a chance for you to enjoy a screening. The movie has iconic actors like Jean Marais, Catherine Deneuve, Delphine Seyrig and Jacques Perrin. Scheduled for screening this February 18th, 2016, at 6:30pm at M. L. Bhartia Auditorium, Alliance Française de Delhi, Lodi Road, the entry is free and open to all and the best part, it has English subtitles for non francophone audiences.