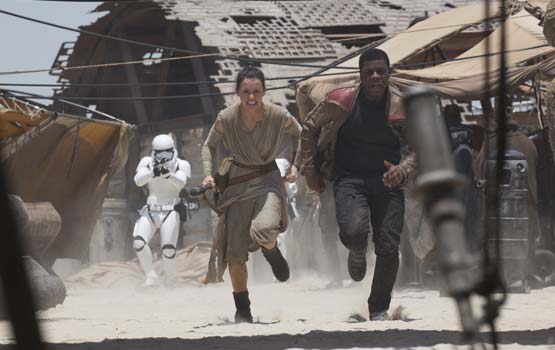 The movie is set in the period of thirty years after Return of the Jedi (1983). The Galactic Empire is already been defeated and Luke Skywalker is missing. The galaxy faces a new threat from The First Order, under the powers of Kylo Ren, played by Adam Driver.

It is the fight of the lost little girl, Rey on the deserted land of Jakku and a soldier from The First Order, Finn whose conscience awakens in his first fight and he decides not to fight for them, and escapes with the prisoner from The Resistance by helping him. The love story brews up amidst the fight to take the droid BB-8 to its master and the two get involved in the galactic wars. 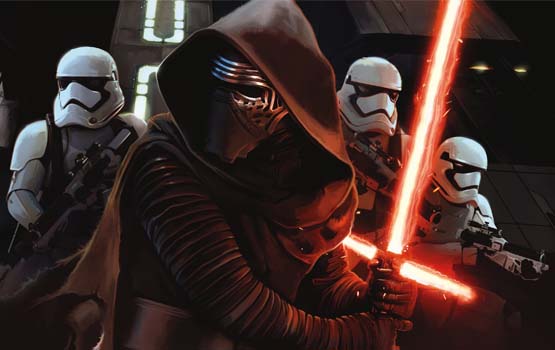 Rey turns out to be the chosen one and plays a key role in bringing powers back to The resistance. Meanwhile, in an eventful turn, Han Solo (Harrison Ford), the father of Ren, sets out to bring his son, back, together with the help of Rey (Daisy Ridley) and Finn (John Boyega).

With a whopping grossing of $689 worldwide, Star Wars: The Force Awakens happens to be the highest-grossing worldwide opening of any film as of December 23, 2015. 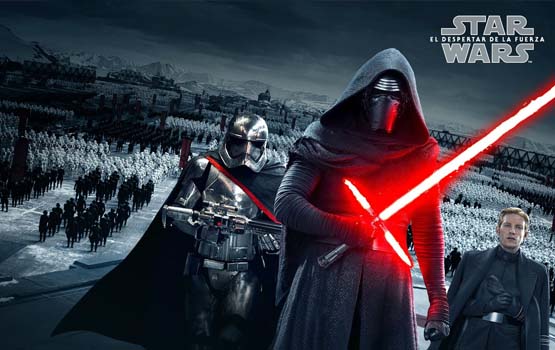 The seventh episode of the cult series is latest to hit the screens in India in its 3D avatar after more than a decade. The movie has speed, emotions and landscapes in just the right proportions. Starring Harrison Ford, Daisey Ridley, Adam Driver, John Boyega and Mark Hamil in the lead roles, the movie is directed by J. J. Abrams and based on the characters by George Lucas, the creator of Star Wars.

Watch out for some amazing 3D effects and jet speeding star war machines flying serpentine through bombs, trees, mountains and the galaxy at large. Shot in locations like Abu Dhabi and Iceland, Ireland and Pinewood Studios in England, the screenplay is strong enough to move you. It’s too much to grasp at the first go. The dialogues are subtle and even predictable at some places but with some good laugh lines. Altogether, a great watch for the Star War Fans; ‘May the Force be with you!’