You would have seen nothing like that before! No, it is not the Steven Spielberg movie that we are talking about but a stage adaptation of the best selling 1982 novel penned by Michael Morpurgo on which the movie is also based. Interestingly, the play came first. 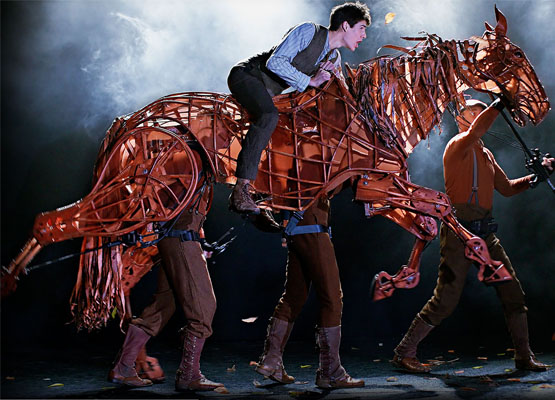 The Royal National Theatre first showcased War Horse in 2007. The novelist himself was in disbelief when he had heard about the stage show but it turned out to be a huge hit instead, mesmerising audiences with every performance. The movie came later in 2011. 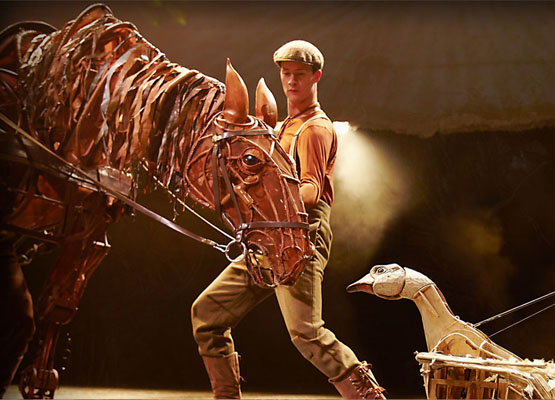 Written by Nick Stafford (the stage adaptation) and directed by Marianne Elliott along with Tom Morris, the play has travelled all around the world since then with German and Chinese, translations as well. A heart warming story of a boy, Albert, who loses his horse, Joey, when it is sold to the cavalry for the First World War, not being able to forget his friend, Albert sets out to bring it back.

What follows on stage is an enticing performance by actors who unfold the feelings of love, courage and friendship. And the real showstoppers are the two life size puppet horses, Topthorn and Joey, made by South Africa’s Handspring Puppet Company, brought to life, breathing, galloping and charging on stage, with ‘horse choreography’ by Toby Sedgwick. A fine example of sheer expertise, acting and technology!

The show’s success has instigated its world travel and in an attempt to broadcast the best of British theatre to cinemas across the UK and around the world, National Theatre brings the super hit War Horse to India. This September the show comes to New Delhi, India. So, get ready to be a part of this extraordinary journey from the fields of rural Devon to the trenches of First World War France.