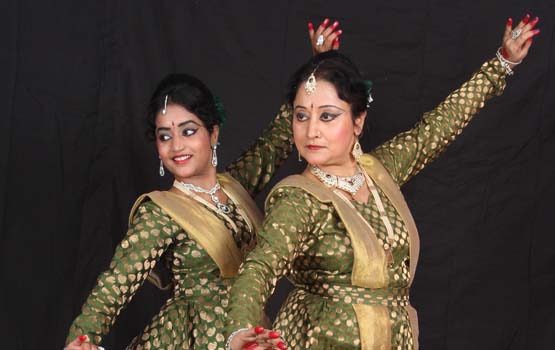 The mother-daughter duo of Kathak Exponents, Keya Chanda and Tanmoyee Chanda from West Bengal are looking forward to their performance in the capital City this January 6th, 2015 at the India International Centre. 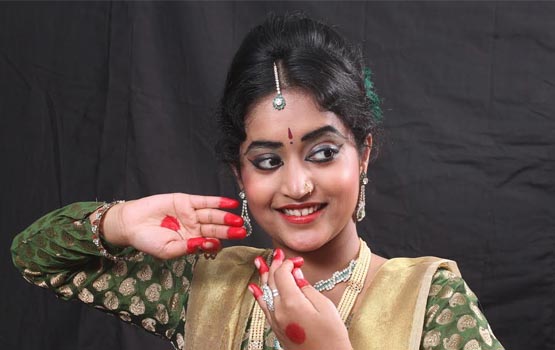 Keya Chanda, a disciple of Smt Rani Karna, Pt. Bachan Lal Mishra and Pt. Birju Maharaj, is a celebrity Kathak dancer who has to her fame, many awards, national scholarships and Junior fellowships and has also performed in different parts of Germany, South Korea and Vietnam. She has been a devotee of the Kathak as a dance form for the last 25 years. This multi talented dancer also runs a school in West Bengal by the name of Makhla Shinjini (Shinjini means sound of the Ghunguroo). She has been presenting various performances in solo and as a group, along with her troupe. Keya has also recorded a collection of songs titled ‘ICHHE HAY’, available in the market. The concept of the album is about the inner feelings.

Keya Chanda as been conferred the title of ‘PANCHAL RATNA’ by All India Cultural Association and she is also the recipient of ‘Swami Vivekananda Award’ 2014 from Vivek Sangeet Samaj.

Tanmoyee, Keya’s 19 year old daughter has been learning Kathak from the age of 2 years 7 months and apart from being a Gold medallist in the cultural Olympiad at Singapore, Malaysia and Bangkok, Thailand in 2014 and 2015 respectively, she is pursuing her 2nd year B.A. – (Hon. in Dance) from the Rabindra Bharati University, West Bengal. Tamoyee has been learning Kathak mainly from her mother, also her Guru for the last 17 years. Catch the artists, live on stage, this January 6th 2015.