The Festival of Music 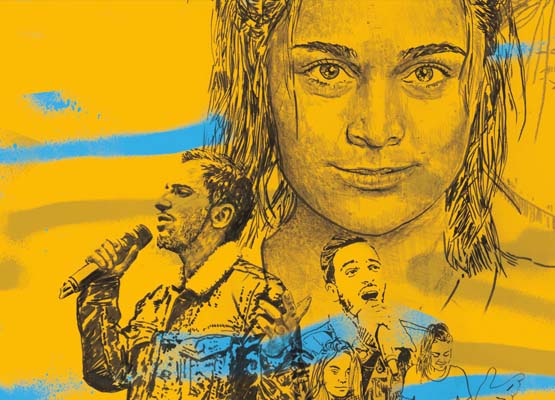 The Festival of Music

June 21st is all set to bring happiness to everyone around as Alliance Française de Delhi for the fifth consecutive year gets into action with Hauz Khas Village Trader’s Association to celebrate the World Music Day, Fête de la Musique, by a series of performances all through the night.

The event will start at 8:00 pm onwards with an expected audience of more than 5000 people, at 20 different venues across the village, rocking to different genres of music, each to his her own taste! It is a celebration of diversity of Music and unity of people from around the world. 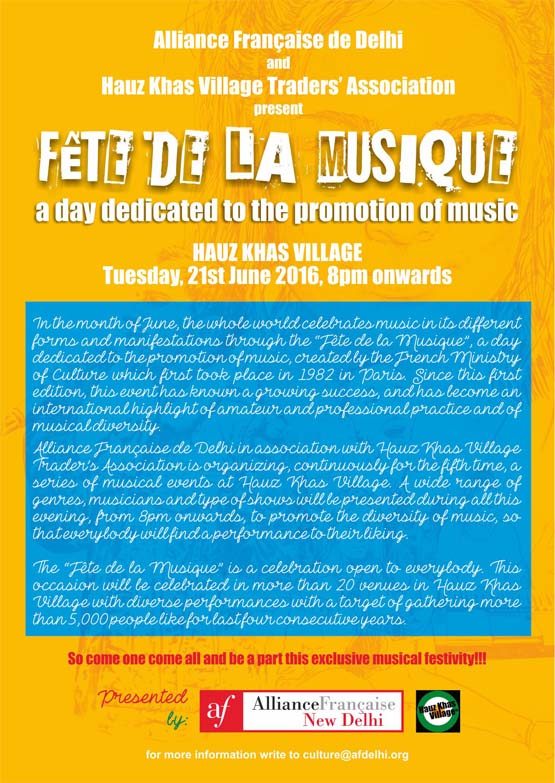 It all started when in 1982, the French Ministry of Culture decided to dedicate this day to celebrate and promote Music every year. And ever since its first edition, June 21st has only grown its reach wider around the world to bring together people, music and musicians on a common platform. In all parts of the globe people gather for free live performances and celebrate the divine power of music.

The event is an open invitation to all music and celebration lovers who believe in the power of rhythm.

So come one come all and be a part this exclusive musical festivity!!!