The top Beatboxer of the world to perform in India

Iconic Faya Braz to present his show this Sunday

This man is a cult in himself. He discovered his talent of beat-boxing in the year 1996 when it was still a craze not known by many and eventually met Rahzel, the following year who ushered him into the world of professional beat-boxing. From then on started his journey of music, beats and rhythm. 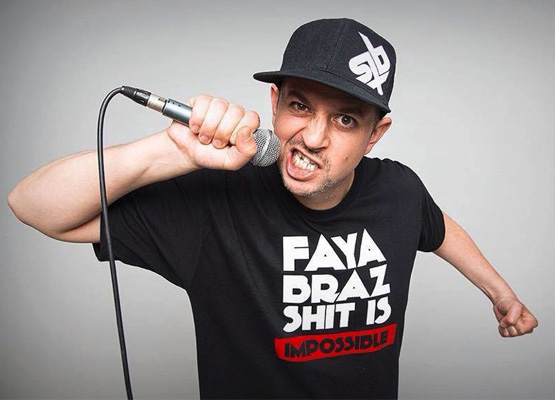 His show is as surprising as is his talent, astonishing his audience with the wonderful music that he rolls out, from the instrument owned by all, but well used by very few, the mouth!

This Frenchman is one of the most famous and prolific activists of beat-boxers known the world over for his musical numbers. With millions of likes on his YouTube videos of his beat-boxing songs, Faya has been able to bring about a phenomenal upsurge in his music by using Loopstation, a console device that lets the beat-boxers build their musical loops in real time and hence help in completing their creation.

In 2014, Faya won the Grand Beatbox Battle –Loopstation category- the Biggest Loopstation International Competition and in 2015 he was the Vice Champion in Team Beatbox World for UNDER KONTROL category. Numbered as one of the top loopers in beat-boxing, globally, Faya is all set to enthral his eastern audience this Sunday, 09:00 pm (11th August 2016) at Social, HKV, brought to you by Alliance Française de Delhi and Social Offline. Make sure to catch him live!

Explore more such articles on GlobalFashionStreet.com